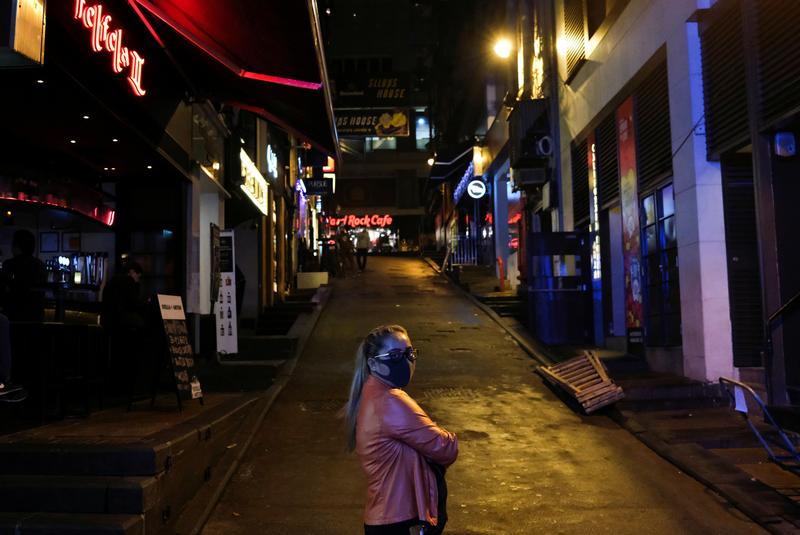 Hong Kong is starting to look like a cautionary tale. The city has been lauded as an example of how to limit the Covid-19 outbreak. A second wave of infections, though, has prompted new tough measures including a tourist ban. It’s a sober reminder for the rest of the world that getting back to a post-outbreak normal will be a complicated and bumpy ride.

Just a week ago, the Asian financial hub was regaining its stride. Thanks to the city’s swift response, including closing schools in January as well as many residents opting to stay home, Hong Kong has been relatively successful in managing the contagion despite its proximity to mainland China. Indeed, just as cities like New York started to lock down, offices across the former British colony were reopening and restaurants and shops were noticeably doing a brisk trade. Anti-government protestors even headed back to the streets to clash with riot police over the weekend.

The optimism now looks premature. Over the past week to Monday, coronavirus cases have more than doubled to 357. The city perhaps lowered its guard too soon but a striking number of new cases were from people returning from Europe, North America and beyond.

Chief Executive Carrie Lam on Monday responded by barring non-residents for two weeks starting March 25, a measure that comes on top of an existing requirement for mandatory self-quarantine for arriving locals. It follows similar steps taken in Taiwan and Singapore which are also grappling with a spike in imported infections. And to deter people from going out to socialise, Lam is also mulling a ban on alcohol sales on 8,600 or so licenced restaurants and pubs in the city.

The journey back to normalcy might be tougher for smaller, more outwardly facing economies that rely heavily on open borders. For countries just grappling with the first wave of infections, however, Hong Kong’s experience shows it will be a long, hard slog.

Hong Kong on March 23 said it will ban all non-resident and transit arrivals for 14 days starting March 25. The government also said it is considering a ban on licensed restaurants and bars from selling alcohol.

Hong Kong on March 23 said it will ban all non-resident and transit arrivals for 14 days starting March 25. The government also said it is considering a ban on licensed restaurants and bars from selling alcohol.