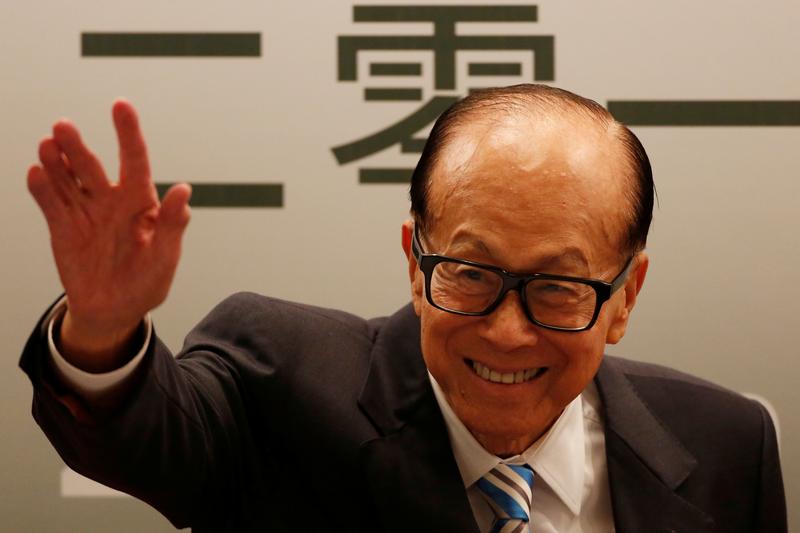 Tycoon Li Ka-shing is selling out of an iconic tower for a lofty $5.2 bln. The buyers are led by an unlikely owner, a Beijing-backed energy trader, according to a media report. They get just a 2 pct yield as the city’s richest man exits. It all screams top of the market.

CK Asset Holdings said on Nov. 1 it would sell its interests in The Center, an office tower in Hong Kong’s Central district, for HK$40.2 billion ($5.2 billion) in cash. The buyer is CHMT Peaceful Development Asia Property Ltd, a special purpose vehicle incorporated in the British Virgin Islands.

The seller, previously known as Cheung Kong Property, is 31.5 percent owned by Chairman Li Ka-shing, who is ranked by Forbes as Hong Kong’s richest man. CK Asset said it was likely to book a gain on the disposal of HK$14.5 billion, based on the carrying value of the property as of June 30.

CK Asset did not identify the owners of CHMT. The South China Morning Post, citing property industry sources familiar with the transaction, said the consortium’s largest shareholder was Beijing-based China Energy Reserve & Chemicals Group, with a 55 per cent stake. The remaining 45 percent is held by a group of Hong Kong businessmen, the SCMP said.