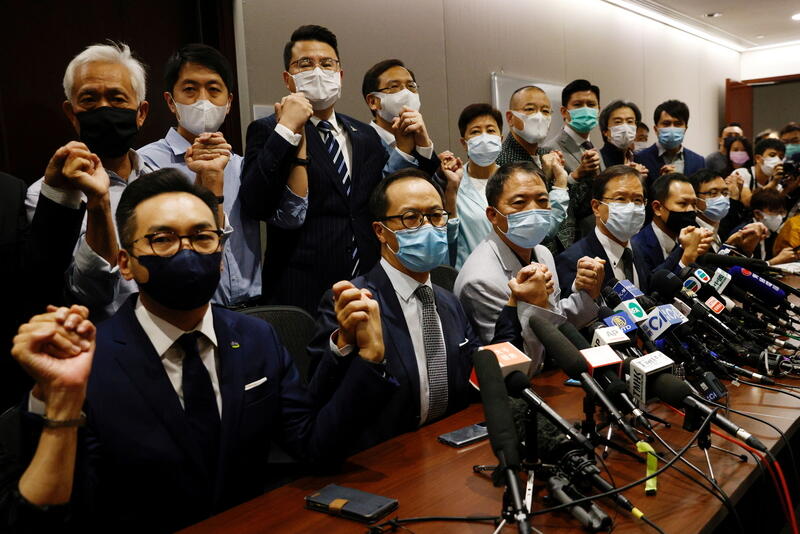 The mass resignation of opposition legislators to protest the disqualification of four colleagues makes clear the bind for big business and finance. They’re trying to stay out of the fray even as a valued system erodes. One big reason is that there is nowhere else yet to go.

Pro-democracy opposition lawmakers in Hong Kong said on Nov. 11 that they would resign en masse to protest the dismissal of four of their legislative colleagues after Beijing gave the city’s chief executive the power to expel members without having to go through the courts.

The four dismissed lawmakers were previously disqualified from running again for the Legislative Council in elections originally scheduled for September, which were postponed by Chief Executive Carrie Lam for one year because of the pandemic.

The chief executive has been given permission to expel legislators if they have been deemed to be advocating Hong Kong independence, colluding with foreign forces or threatening national security.