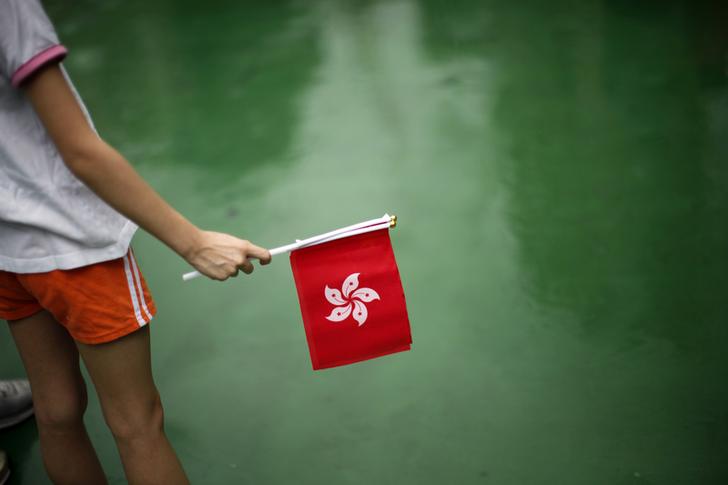 Hong Kong’s tycoons could be part of ending the standoff with pro-democracy activists. The city’s business leaders have an outsize influence over local politics. Relaxing their grip on special corporate votes could ease divisions over electoral reform as well as tensions over rampant inequality.

Hong Kong’s big businesses have generally resisted electoral reform, in line with China’s desire to keep a firm grip on any increased democratic representation in the former colony. Hong Kong Chief Executive Leung Chun-ying summed up that view on Oct. 20 when he said that free elections would give poorer residents a dominant voice.

Yet as the protests rumble into their fourth week, that approach looks increasingly unsustainable. For Hong Kong’s business leaders, giving up a little now could help avoid a bigger confrontation later.

Protests erupted after Beijing set strict guidelines for the election of the city’s next chief executive in 2017, to be conducted by universal suffrage. Under that plan, responsibility for nominating candidates will rest with a 1,200-strong committee similar to the one that currently elects Hong Kong’s chief executive.

Most of the committee’s members are chosen by a group of around 239,000 voters who represent industries ranging from agriculture and fisheries to finance – a fraction of Hong Kong’s registered electorate of 3.5 million.

Of these, almost 16,000 are corporate voters, where a company rather than an individual casts the ballot. Because of the way the seats and votes are allocated, these companies decide more than 40 percent of the seats even though they hold less than 7 percent of the votes.

One idea is for companies to loosen their grip on their votes. For example, they could allow ordinary employees to decide how the votes should be cast. Though the system would fall well short of full democracy, it could help to make the committee for selecting Hong Kong’s chief executive marginally more representative within the strict parameters set by Beijing.

Business leaders may baulk at such concessions. It’s also far from clear that they would be sufficient to mollify protestors. Nevertheless, tycoons have a role to play in ending the current standoff by showing that they are not an obstacle to reform. That could form part of a broader compromise to help restore stability to Hong Kong, and preserve their long-term interests.

“If it’s entirely a numbers game – numeric representation – then obviously you’d be talking to half the people in Hong Kong [that] earn less than $1,800 a month” he said in an interview with the Financial Times, New York Times and Wall Street Journal.

Hong Kong billionaire Li Ka-shing on Oct. 15 urged protesters who have occupied parts of the city for more than two weeks to go home to their families.

In a statement through his flagship companies Cheung Kong Holdings and Hutchison Whampoa, Li said it would be the “greatest sorrow” for Hong Kong if the rule of law broke down.

“Since the handover, the ‘one country, two systems’ formula has protected Hong Kong’s lifestyle,” Li said referring to the system under which the city has operated since its return to Chinese rule in 1997.