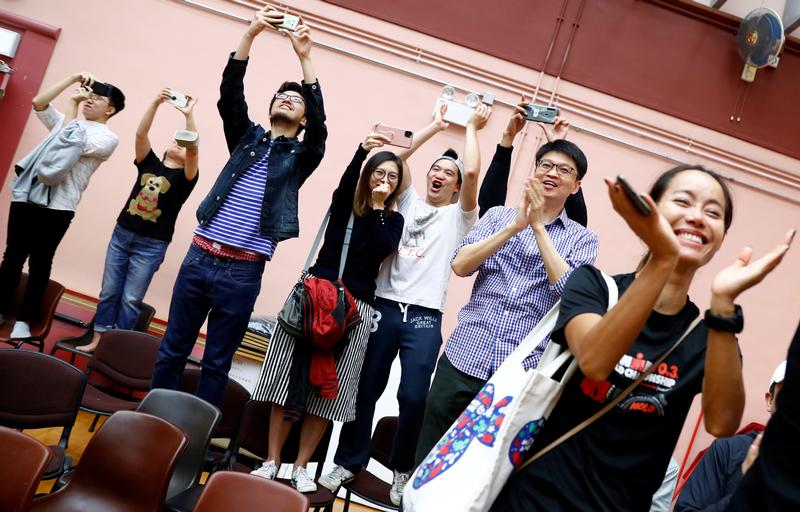 Record 71% turnout in local elections handed pro-democracy groups a big victory. It puts pressure on Chief Executive Carrie Lam to make some concessions. Even after six months of bumbling, she has a chance to take steps that could help keep the calm and reverse an economic slump.

Supporters of local candidate Kelvin Lam celebrate, after it was announced he won the local council elections in his district, at a polling station in the South Horizons West district in Hong Kong, China November 25, 2019. REUTERS/Thomas Peter - RC2UHD9TBXMH

Hong Kong's pro-democracy candidates for the first time won more than half the 452 district council seats, in elections held on Nov. 24, according to media estimates as of early morning Nov. 25. Pro-Beijing parties gained 52 seats.

Almost 3 million people cast ballots, a record turnout of more than 71% of registered voters. Hong Kong's district councils control some spending and decide a range of livelihood issues such as transport.

The city is in its sixth month of anti-government protests, spurred by a proposed extradition bill that would have allowed suspects in Hong Kong to be sent to mainland China for trial. The legislation was formally withdrawn in October.