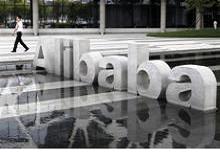 A government-backed body has weighed in with proposals to make the city more appealing to new listings. But it failed to take a stand on whether to relax the rule of “one share, one vote”. Following Alibaba’s defection to the U.S., regulators need to tackle the issue head on.

The Hong Kong Financial Services Development Council on June 18 published a string of proposals to make the financial centre more attractive as a venue for initial public offerings.

The body, which has the backing of the Hong Kong government, suggested a raft of changes designed to make the former British colony more appealing to international companies.

The proposals include a review of the practice of issuing shares to “cornerstone” investors ahead of an IPO; improved cross-border co-operation between regulators; and the possibility of splitting listings into different categories in order appeal to different groups of investors.

However, the report – entitled “Positioning Hong Kong as an International IPO Centre of Choice” – stopped short of recommending any changes to Hong Kong’s rule which requires all shares in a company to carry equal voting rights.

Some companies and financial institutions have argued for relaxing the rule after Alibaba decided to list in the United States rather than Hong Kong. The Chinese e-commerce group’s governance structure, whereby a group of senior executives retain the right to nominate the majority of board directors, had met with opposition from Hong Kong regulators.

The HKFSDC said “the ‘one share one vote’ concept may be studied in more detail and re-considered with the benefit of public consultation.” It also urged regulators to “keep an open mind” about possible changes.

The Hong Kong Stock Exchange’s listing committee is preparing a discussion paper on the question of voting rights.