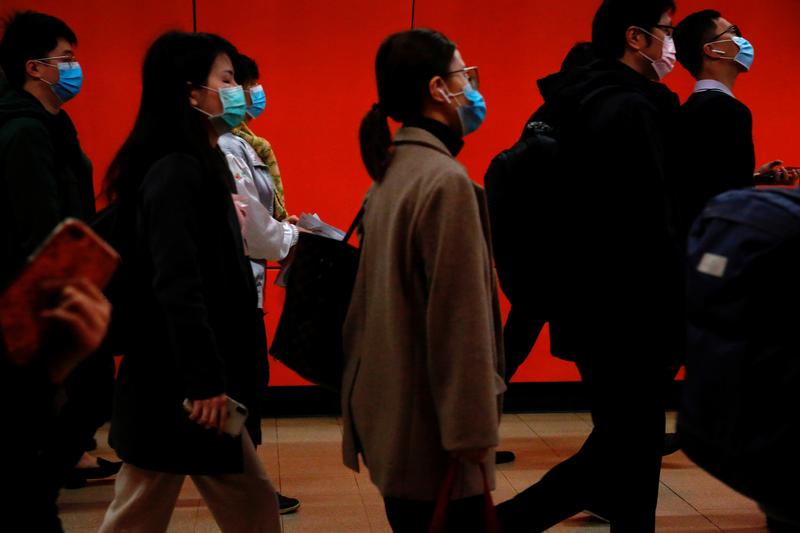 The 4.2% figure is implausibly low given the protests and the pandemic. With U.S. unemployment expected to reach 20%, the Asian financial hub’s distorting omissions of many classes of workers are left exposed. Restaurant receipts and retail sales hint at the true economic damage.

People wear protective masks following the outbreak of a new coronavirus, during their morning commute in a station, in Hong Kong, China February 10, 2020. REUTERS/Tyrone Siu

Hong Kong's economy contracted 8.9% in the first quarter from a year earlier, the steepest such fall on record, according to the official advance estimates published on May 4.

The government also revised its full-year GDP forecast from a 4% decline to a 7% decline.

Hong Kong's seasonally adjusted unemployment rate increased to 4.2% in the first quarter, the highest in more than nine years, from 3.7% in the previous three-month period, according to data released on April 20.