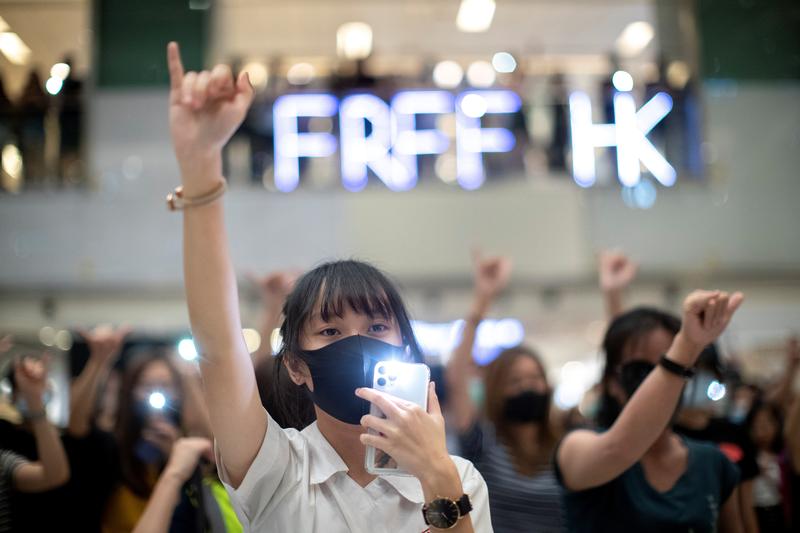 Anti-government protesters sing as they gather during a demonstration inside a mall in Sha Tin district in solidarity with the student protester who got shot by police with live ammunition in Hong Kong, China October 2, 2019.

Hong Kong pro-democracy activists and riot police clashed in chaotic scenes around the city on Oct. 13. Protesters attacked shops and subway stations, and threw bricks and petrol bombs at the police. The police made several arrests and used tear gas to disperse protesters.

The previous week, two teenagers were hit by live fire from the police force as tensions flared in the wake of celebrations marking the 70th anniversary of the founding of the People's Republic of China.

Breakingviews’ new Hong Kong Misery Index tracks a mixture of economic and political factors underlying tensions in the city. Readers can use the interactive graphic’s selection tools to gauge which matter most. A survey showing Hong Kongers’ own assessment of their situation has been added for comparison.

The index combines the selected inputs into a single dataset, which is rebased to 100. The starting point is 1997, the year Hong Kong returned to Chinese rule. The methodology for the index is based on recommendations from The Conference Board, a business-focused think-tank.