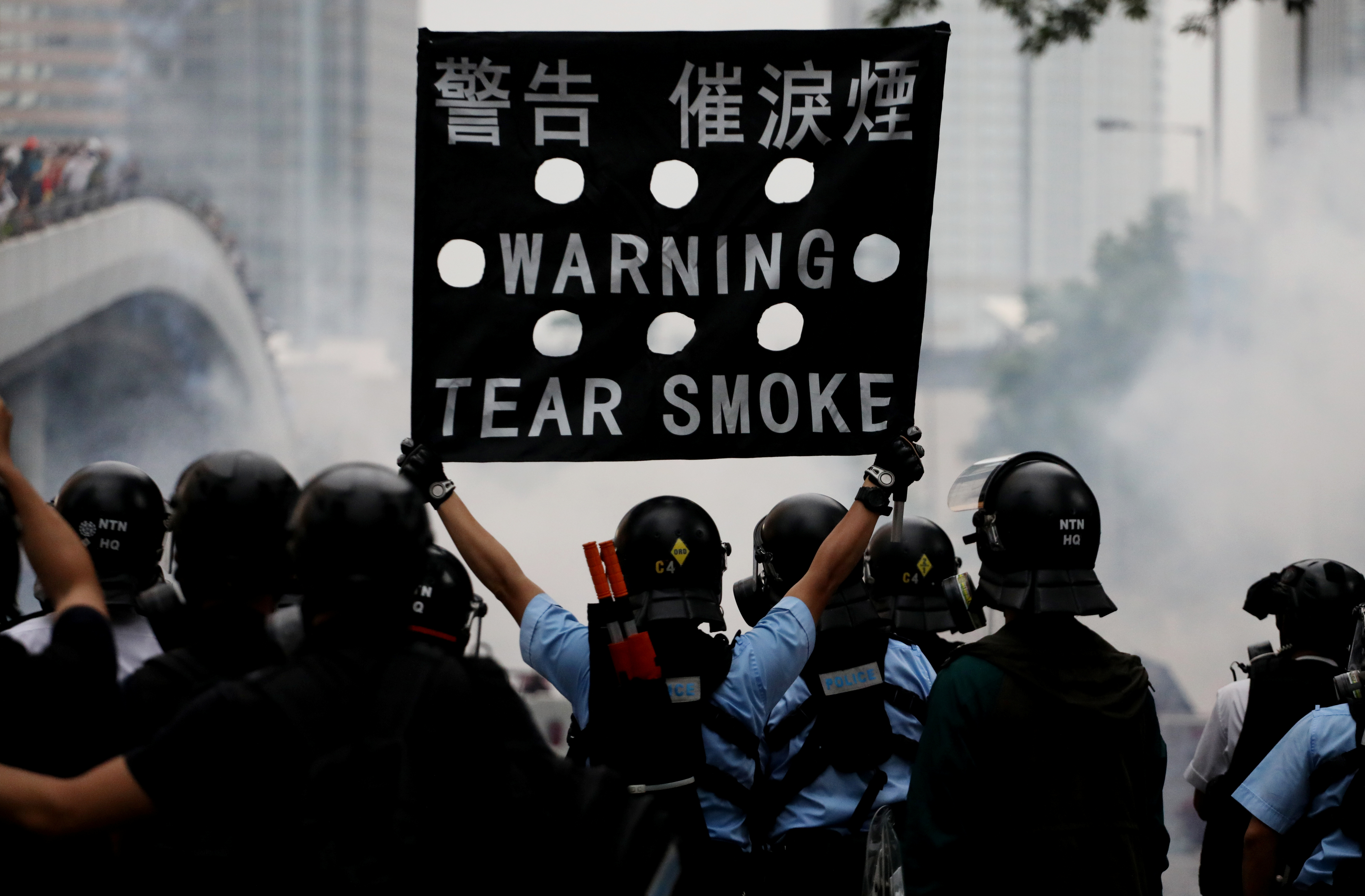 Violence flared in the financial centre as police fired tear gas and rubber bullets at citizens opposing an extradition bill. Pro-democracy demonstrations in 2014 fizzled out. But this movement has broader support, and the economy is more fragile. The standoff is harder to defuse.

Police officer holds a sign during a demonstration against a proposed extradition bill in Hong Kong, China June 12, 2019.

Strikes and transport go-slows were also announced across the city as businesses, students, bus drivers, social workers, teachers and other groups made a last-ditch effort to block the bill. Nearly 2,000 businesses, mostly small restaurants, grocery stores, and book and coffee shops, announced plans to strike on June 12, Reuters reported citing a survey.

On June 9, more than 1 million people protested in a peaceful march in central Hong Kong, according to estimates from the organisers.