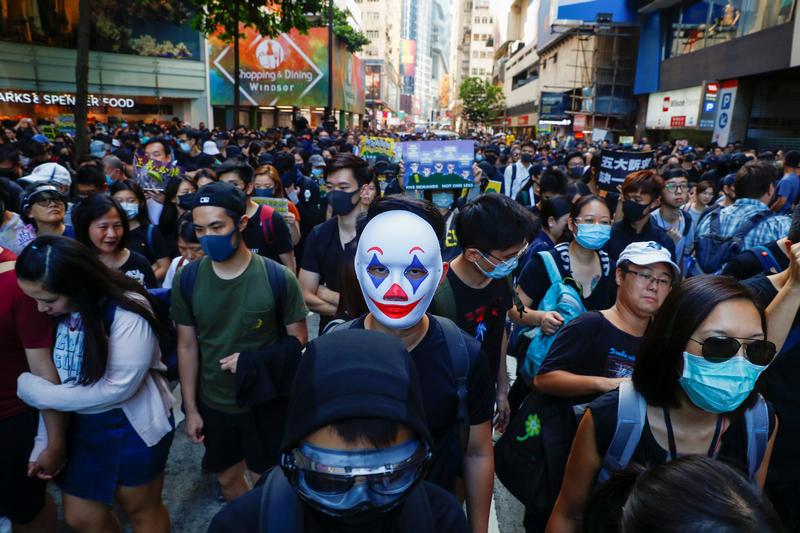 Cosmetics chain Sa Sa has lost some 40% of its value this year. Months of protests have exposed existing ills, not least a reliance on Chinese visitors. With the economy ailing and tourists staying away, high-street retailers will have to find shoppers in the mainland and beyond.

People protest during a march billed as a global "emergency call" for autonomy next to the Causeway Bay shopping district in Hong Kong, China November 2, 2019.

Hong Kong-listed cosmetics retailer Sa Sa International on Dec. 2 announced that it would close its retail stores in Singapore, where it has had losses for six consecutive years. It will concentrate its resources on Hong Kong, Macau, mainland China and Malaysia, as well as on its e-commerce business.

A survey conducted by the Hong Kong Retail Management Association and released on Dec. 9 found that some 7,000 licensed retail establishments, out of 64,000 in the territory, said they would close down in the next six months.