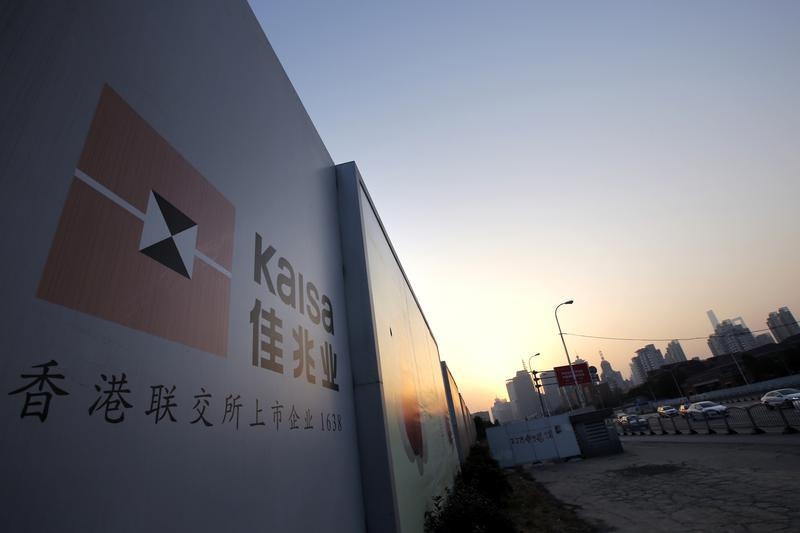 The saga of China’s first offshore property default has taken another turn. After four months of negotiations, developer Sunac has backed out of a rescue of troubled rival Kaisa. Though the white knight’s retreat looks a setback for bondholders, Kaisa may yet be able to hammer together a better deal.

Sunac rode to the Shenzhen-based group’s rescue in February when it paid $587 million for a 49 percent stake owned by founder Kwok Ying Shing and his family. The resignation of Kwok, who was chairman, last December triggered a series of events that gave Kaisa the dubious distinction of being the first Chinese developer to fail to repay overseas creditors. The company subsequently said its debt had more than doubled to $10.4 billion in half a year. Sunac gave foreign bondholders a choice: accept a big haircut, or risk getting nothing in a liquidation. At the time, a deal looked the most likely outcome.

It’s not clear why Sunac has walked away, but its decision probably owes something to Kwok, who returned to Kaisa as chairman in April, with no apparent sign of the ill health that was the official reason for his departure five months earlier. Kwok has reportedly told bondholders he may offer them a better deal.

On the face of it, that seems a stretch. Without the backing of Sunac’s balance sheet, Kaisa looks just as over-extended as it was at the beginning of the year. However, several things have changed. For one, officials in Shenzhen are lifting restrictions on property sales that were choking Kaisa’s cash flow. Sentiment towards China’s real estate sector is also recovering: sales are picking up and prices appear to have stabilised.

For holders of offshore bonds with a face value of $2.3 billion, though, Kwok’s return as the company’s largest shareholder is the main positive. Though foreign creditors have little hope of getting their hands on Kaisa’s onshore assets, a full bankruptcy would also wipe out the founder’s stake in the Caymans-based holding company. Besides, if Kwok wants to keep on running his property group, he will need access to offshore lenders. The Kaisa saga may yet produce a slightly happier ending for bondholders.

A construction site by Chinese property developer Kaisa Group is seen at an area of downtown Shanghai, February 17, 2015.

In a filing to the Hong Kong stock exchange, Sunac said that both companies had agreed to terminate the deal because “certain conditions precedent have not been fulfilled”. Kaisa will have to return HK$2.33 billion ($300 million) of pre-payments to Sunac, the filing added.

Sunac in February proposed buying a 49.25 percent stake in Kaisa, offering a lifeline to a developer that was struggling with offshore debt after it was hit by an official ban on the sale of some projects and the departure of executives in December.

Kaisa’s 2018 bonds were quoted at 63 cents on the dollar on May 28, according to Eikon. As recently as early April they traded at 70 cents.