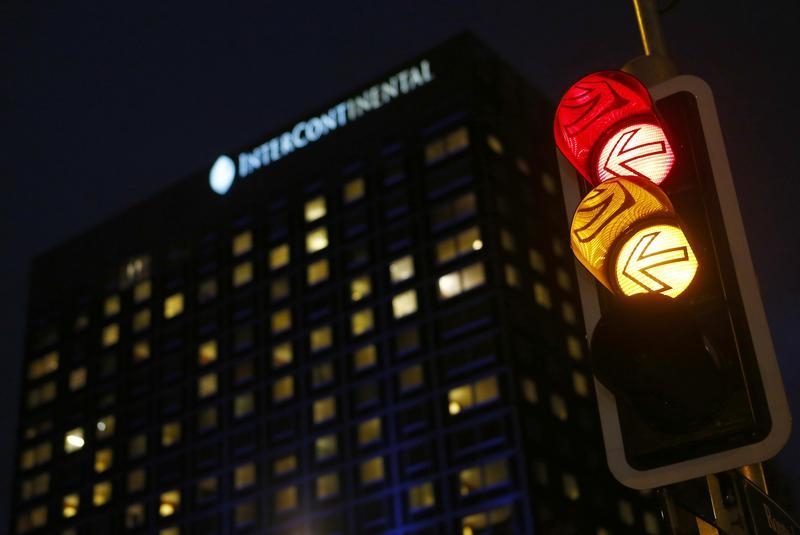 Chinese tourists are famous for their overseas shopping sprees. Corporate China is following their lead and hotels are becoming the trophy assets of choice. Buyers want to reduce their exposure to a slowing domestic market and capture the growing flow of tourist dollars.

Anbang Insurance’s mooted $6.5 bln takeover of Strategic Hotels is the latest sign of China’s lust for lodging. The company which had previously snapped up New York’s iconic Waldorf Astoria – used by Chinese leaders from Deng Xiaoping to Xi Jinping – is now getting ready to add 17 more American hotels – including the Four Seasons in Washington, D.C. – to its portfolio.

Chinese insurance companies are flush with cash and looking to diversify their portfolios before the country’s aging population starts claiming on their policies. U.S. assets are also a good hedge against any future weakness in the yuan.

The Chinese Insurance Regulatory Commission allows insurers to invest in 15 percent of their assets overseas, but they are a long way from reaching the limit. In 2014, Chinese insurers had invested just $13.4 billion, or 0.8 percent of their total assets, in real estate, KPMG says. Half of that was deployed overseas.

It’s not just financial buyers that are interested, though. HNA Group was circling Starwood Hotel & Resorts Worldwide, owner of the Sheraton chain, before rival Marriott International swooped. The owner of Hainan Airlines is now eyeing other international chains.

Owning a large international hotel chain could give Chinese groups a stronger position when serving the market for outbound tourists. CLSA estimates Chinese tourism will account for 14 percent of the international total by 2020, up from 10 percent in 2015. Yet China’s wealthy and largely monolingual elite often feel like second-class citizens when they visit hotels in the West. Receptionists don’t speak Mandarin, restaurants serve burgers rather than noodles and the feng-shui in the bathrooms appalls Chinese guests.

A Chinese owner might prove more sensitive to these customers. Nevertheless, investors from Japan and the Gulf have also previously been interested in Western hotels, only to suffer disappointing returns. Chinese buyers have yet to prove they are checking in for the long term.

Anbang purchased New York’s Waldorf Astoria from Hilton Worldwide Holdings in 2014 for $1.95 billion, one of the highest prices per room ever paid for a U.S. hotel. The deal closed in February 2015 following a review of by U.S. national security watchdog Committee on Foreign Investment in the United States (CFIUS).

A traffic light is pictured in front of the Intercontinental hotel where nuclear negotiations between Iran and policymakers from six major powers are taking place, in Geneva November 23, 2013. U.S. Secretary of State John Kerry and foreign ministers of five other world powers joined talks on Iran's contested nuclear programme on Saturday with the two sides edging towards a breakthrough to ease a dangerous standoff. REUTERS/Denis Balibouse

Anbang purchased New York’s Waldorf Astoria from Hilton Worldwide Holdings in 2014 for $1.95 billion, one of the highest prices per room ever paid for a U.S. hotel. The deal closed in February 2015 following a review of by U.S. national security watchdog Committee on Foreign Investment in the United States (CFIUS).