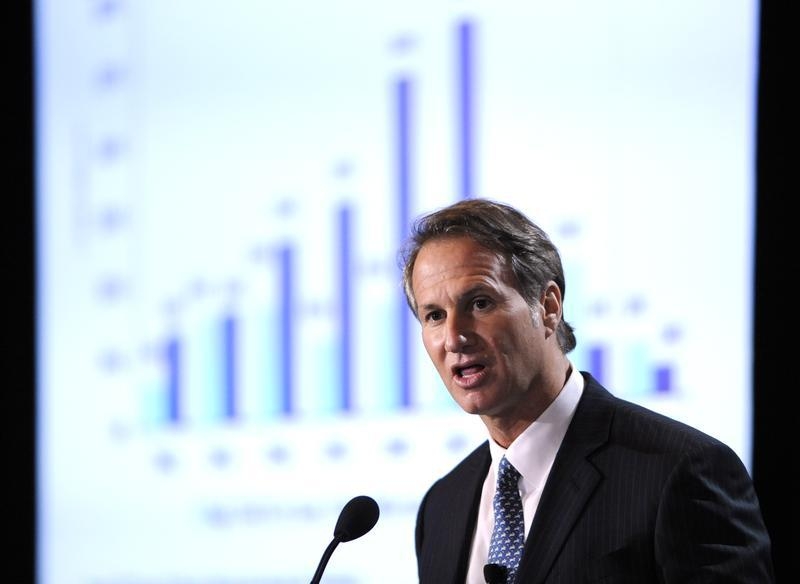 The U.S. advisory firm had lowish profit margins on $681 mln of revenue last year, and new owners won’t have much say. But Houlihan Lokey may weather any downturn better than other independents. That factor will make valuing Lazard, Evercore, Moelis and Greenhill even tougher.

Irwin Gold, Co-Chairman and Co-Head of the Financial Restructuring Group, Houlihan Lokey, participates in the "Finding Opportunities in Restructuring in the Year Ahead" panel at the 2010 Milken Institute Global Conference in Beverly Hills, California April 28, 2010. REUTERS/Phil McCarten

Houlihan Lokey, the boutique advisory firm founded in 1972, on July 10 filed a preliminary prospectus with the Securities and Exchange Commission revealing its intention to launch an initial public offering. In its 2015 financial year, which ended on March 31, the company had revenue of $681 million and net income of $80 million.

Corporate finance accounted for $368 million of the top line, restructuring brought in $208 million with another $105 million stemming from financial advisory services, including offering fairness opinions on merger deals.

The Los Angeles-based company has two classes of shares. Class A shares, to be sold in the IPO, will trade under the ticker symbol HLI on the New York Stock Exchange and each has one vote. Class B shares will have 10 votes each and will be owned by Japanese firm Orix USA, currently the majority owner of Houlihan Lokey, and by the firm’s staff.

Existing shareholders, namely Orix and Houlihan Lokey management and employees, are selling all the shares that will be offered, and the company will receive no proceeds.