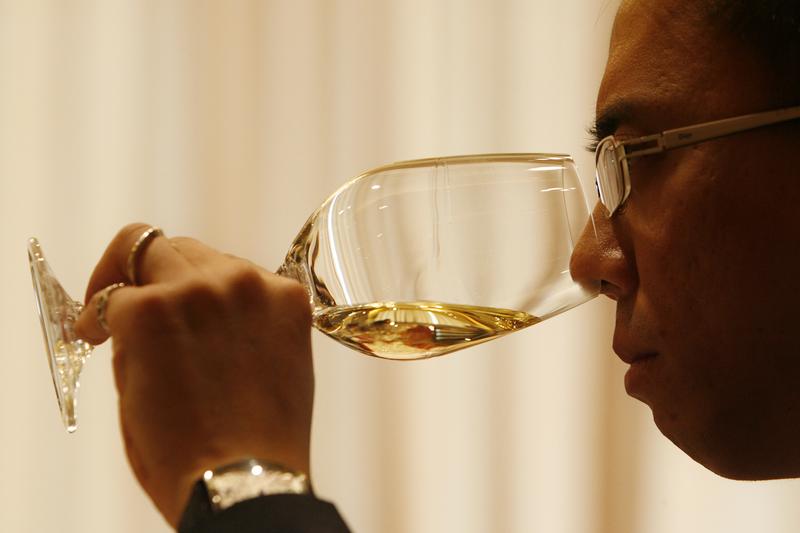 Remy Cointreau spotted China’s wine potential too soon. Its 1980 joint venture proved a ground-breaking disaster. The venture’s shares, halted for six years amid fraud allegations, have resumed trade at half the closing price. Sometimes it’s worst to be first.

A wine expert smells white wine during a Chateau Haut Brion wine-tasting event in Beijing April 18, 2007. Fine wines are becoming the latest symbol of luxury among China's emerging class of newly rich. China does make its own wine, including brands like Great Wall and Dynasty, but it lacks the cachet and quality of a good French vintage, experts say. Picture taken April 18, 2007.

Dynasty Fine Wines resumed trading in Hong Kong on July 29, more than six years after the Chinese vintner's stock was suspended. The stock was down almost 50% at HK$0.75 in afternoon trading.

The company was formed in 1980 through a joint venture between a state-owned vineyard and what is now French liquor maker Remy Cointreau. It listed in Hong Kong in 2005.

Dynasty said in 2013 that its auditors had received "anonymous allegations" regarding various aspects of its sales and inventory management.

It said on July 26 that an investigation by accounting firm EY had produced no evidence of illegal behavior, but acknowledged problems with the availability of historical records, which it attributed to "chaotic business management".

Remy Cointreau valued its 27% stake at 13.9 million euros, or HK$0.36 per share, in its annual report for the year ended March 31. Its annual report noted "the difficulty of non-executive directors in influencing the return to normal of the situation".