Show me the rubber 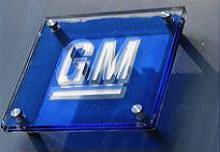 Dan Akerson is off to a good start in his first year-plus running General Motors. But he still has work to do to convince shareholders he’s capable of pulling off the kind of comprehensive turnaround executed by Ford’s Alan Mulally.

Start with performance. Despite having more debt than most rivals, Ford cranks out a better pre-tax margin. As a result, it trades at a premium to its biggest Motown rival, whether using price-to-earnings, enterprise value-to-sales or most other common metrics.

Tapping into some of Mulally’s mojo would help Akerson. Bankruptcy gifted him a better balance sheet and he has already taken a few important steps, not least dropping the hubris of old GM by admitting the operational restructuring is still in its early stages.

Investors need more substance, however. Fixing Opel, GM’s European arm, tops the list. The continent’s financial crisis has thrown a spanner in the gears of most automakers. But making effective decisions in tough times is the mark of a good leader. There may be some tolerance for circumstances beyond Akerson’s control, but not if, as Morgan Stanley estimates, continued losses mean Opel puts a $7.6 billion dent in GM’s value.

Akerson also must demonstrate that stodgy GM is truly dead and buried. Its U.S. business is nicely profitable and sales are revving up, with a 15 percent increase in the domestic retail market last month. But GM’s brands, despite a Chapter 11 slimming, still seem laden with bureaucracy and excessively independent of one another.

Smashing those walls to create global production platforms, as Ford has done, would reduce costs and probably speed new product development. That becomes even more important if GM’s recent sales gains are tested in an improving market when manufacturers usually return to incentives. Along with the potentially enduring customer preference for smaller cars, that would depress profits.

Such a scenario hurts all automakers, but as the industry laggard, GM is at risk of suffering worse. Mulally needed three years to prove himself. The sluggish economy may give Akerson a bit more time. Still, some solid progress in the next 12 months will be required to keep investors along for the ride.

In a televised interview with Reuters Deputy Editor-in-Chief Paul Ingrassia, GM Chief Executive Dan Akerson said the automaker is taking steps to return its Opel division in Europe to profitability.

Chevrolet vehicles are displayed at a dealership in Phoenix

In a televised interview with Reuters Deputy Editor-in-Chief Paul Ingrassia, GM Chief Executive Dan Akerson said the automaker is taking steps to return its Opel division in Europe to profitability.