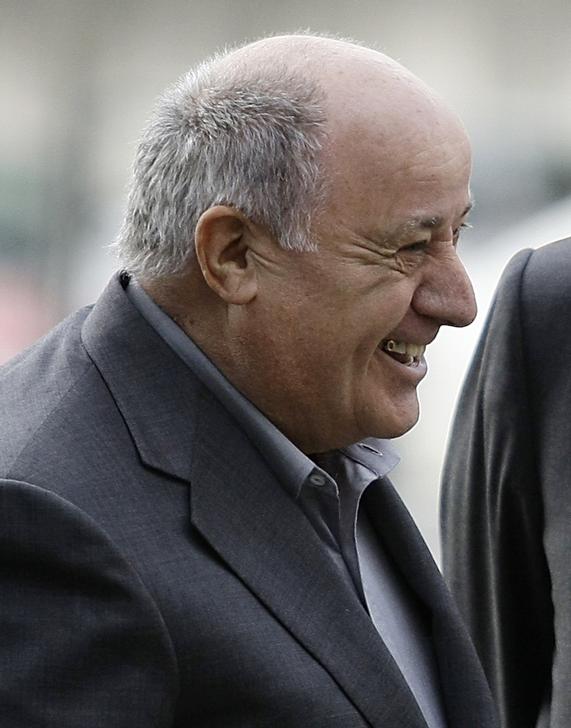 Where style magazines have “what’s hot and what’s not” columns, finance has rich lists. Straddling the two worlds is Zara founder Amancio Ortega, now the world’s third-richest man, according to Forbes. He has amassed $57 billion by flouting many of the rules of fashion retail.

Shopkeepers get less press than tech visionaries. Yet the annual tally of billionaires shows that retail is a money machine. Aside from Ortega, who owns 59 percent of Zara’s parent company, Inditex, huge fortunes have been made selling clothing, groceries and furniture by the people behind H&M, Uniqlo, Wal-Mart, Aldi, IKEA, and others.

Most retailers are recession-resistant and have huge potential customer bases. And they rarely need much capital to get started. Shops can usually be rented rather than bought, and suppliers can be paid after goods are sold. For successful formats, it’s a story of high margins, fast growth and self-made billionaires.

Flabbier rivals such as Gap and H&M have been left far behind. But Inditex is not yet done. Nomura reckons it has just 1 percent of the world’s $1.8 trillion apparel market. It could do much more online, too.

For investors, the catch is that this is the worst-kept secret in retail. At roughly 27 times expected 2013 earnings, and up 50 percent in a year, Inditex’s shares are already painfully expensive.

That hardly discounts the risk that Inditex will become less nimble as it expands or that it will lose out in the digital retail revolution. But even if margins stay at current levels while sales double from today’s 16 billion euros, Credit Suisse reckons the group is worth no more than 98 euros a share – versus today’s 106 euros. In fashion, it often pays to ignore today’s trend and seek out the next big thing.

On March 4, Forbes said Spanish businessman Amancio Ortega was the world’s third-richest man, with an estimated net worth of $57 billion. Ortega is the co-founder and majority owner of Inditex, the world’s biggest clothing retailer, in which he owns a 59 percent stake.
Ortega overtook U.S. investor Warren Buffett and French businessman Bernard Arnault in the business magazine’s annual rankings. The first and second places were held respectively by Carlos Slim, the Mexican telecoms billionaire, and Microsoft co-founder Bill Gates.
Inditex, whose biggest brand is Zara, said at its last quarterly results that it has nearly 5,900 stores in 86 countries. Net income rose 27 percent in the first 9 months of 2012 to 1.655 billion euros ($2.16 billion), on sales of 11.36 billion euros.
Inditex shares closed at 101.05 euros on March 4. Shareholder returns since March 2001, when the company floated at 14.70 euros a share, have totalled 729 percent, according to Datastream. Spain’s IBEX-35 index has returned 36 percent over the same period.