Hard to do – but logical 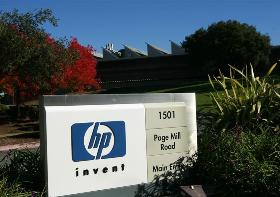 Hewlett-Packard has finally admitted a bit of reality. The $29 billion technology firm, beset by board and executive dysfunction despite its place in Silicon Valley history, has been adamant that splitting up would be a mistake. But in its new annual report, HP says it may sell assets or dispose of them through other means such as joint ventures. It’s a no-brainer for the board to consider a breakup. After all, the stock is trading far below the value of the company’s parts.

With shareholders dissatisfied and activist investors circling, investors greeted the idea of disposals warmly, sending the company’s shares up 5 percent to about $15 apiece. Yet according to a recent Breakingviews calculator, HP’s stock could be worth more than $25 a share if each of its units – among them printing, servers and storage, software and others – is valued in line with comparable standalone competitors.

In its annual report, HP cautions that any price it might fetch for assets could be disappointing, regulators could exclude certain otherwise enthusiastic purchasers, and profit margins could fall because a smaller HP would have less negotiating leverage with suppliers. These caveats are valid, but they carry little weight set against the value that could potentially be created. With the board seemingly exhibiting a new strategic flexibility, it should be only a matter of time before thinking about a breakup turns into action.

Hewlett-Packard filed its annual financial report with the U.S. Securities and Exchange Commission on Dec. 27. In the report, HP said it was evaluating “the potential disposition of assets and businesses that may no longer help us meet our objectives.” This language was not contained in the company’s previous annual report.

A view of the Hewlett Packard headquarters in Palo Alto, California November 23, 2009. Hewlett-Packard was the most recent A-rated borrower to use floating rate notes to get the money it needed out of the bond market. The A2/A/A+ rated company printed a US$5bn five-part fundraising on May 25 with maturities of two, three, five and 10 years.

Hewlett-Packard filed its annual financial report with the U.S. Securities and Exchange Commission on Dec. 27. In the report, HP said it was evaluating “the potential disposition of assets and businesses that may no longer help us meet our objectives.” This language was not contained in the company’s previous annual report.