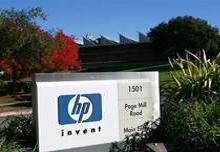 Hewlett-Packard claims it was duped into hugely overpaying for Autonomy, prompting an $8.8 billion writedown. It blames at least $5 billion directly on dodgy book-keeping. Autonomy founder Mike Lynch says his company played by the rules. But complicated procedures for categorising sales and recognising revenue are critical to the strength of HP’s three central allegations.

HP says there was no “appropriate” disclosure of the hardware sales. It’s not clear what that means. Autonomy did reveal in its annual reports that hardware was sometimes bundled in with software. This disclosure would probably have been lost on a casual reader: customers needing an IDOL solution in a hurry generated “appliance” revenue as part of a turnkey solution. But HP and its advisers arguably should have known this was an issue that needed clarifying. Moreover, the classification wouldn’t alter overall sales, profit or operating margins.

Sales to resellers vs sales to real customers

Autonomy sold software to customers through so-called resellers. HP says Autonomy improperly booked revenue before resellers had found end-buyers. But under IFRS accounting standards, Autonomy was permitted to recognise revenue in such circumstances, if certain conditions were met. It is aggressive, but legal.

HP may not have realised its accounting policy here was legitimate, because U.S. GAAP accounting imposes stricter conditions. Without full access to the detail of the software contracts involved, it is hard to assess the force of the allegation.

HP says Autonomy brought forward sales by converting long-term data-hosting deals into licence payments. But this would have been a very foolish move for Autonomy. Auditors allow companies to book upfront payments in full if they establish a predictable pricing framework, known as “Vendor Specific Objective Evidence” (VSOE).

It is hard for companies to abuse this by re-jigging the split of recurring and immediate payments in their favour: if pricing is inconsistent, VSOE no longer holds. Accountants can then push the company to recognise all revenue, including upfront payments, pro-rata over contract lifetimes. Again, without knowing the detailed terms of the contracts, it is hard to make an assessment.

HP says these allegations are only “examples”, so more may come out. As things stand, HP’s accusations are hard to judge. Both distortions in profitability and revenue growth would have affected valuation, but this would need to be extensive to create a $5 billion hole.

Many analysts had already accused Autonomy of aggressive accounting. HP still has to prove its claim that it was duped by fraud which could not be detected before acquisition. A complete refutation would mean yet more heads rolling at the gaffe-prone HP. But so too would an inconclusive result that showed Autonomy to be cavalier but no worse.

Former Autonomy Chief Executive Mike Lynch staged a media fightback on Nov. 21 against Hewlett-Packard’s claims of false accounting at the company he founded, giving a range of media interviews. Lynch said HP’s $8.8 billion writedown was due to the acquirer destroying value through mismanagement.
Asked for a fuller description of HP’s allegations, a spokesman for the U.S. group said: “We believe that in the two years prior to HP’s acquisition, Autonomy relied on meaningful hardware sales to boost its revenue, and many of those sales consisted of negative-margin sales of low-end hardware with little or no Autonomy software. Negative-margin low-end hardware sales estimated to have comprised 10-15 percent of Autonomy revenue.
“Despite the magnitude of this non-core, non-software revenue, Autonomy does not appear to have made any appropriate disclosure of these hardware sales either as externally reported or to HP, but rather included the revenue in various software categories and in its organic growth and IDOL organic growth calculations.
“Additionally, we believe Autonomy incorrectly accounted for the cost of these hardware sales resulting in an overstating of its gross margins.
We also believe Autonomy inappropriately recognized revenue from certain transactions with value-added resellers (VARs), typically made at quarter end, in some cases creating revenue where no end-user customer existed at the time of the sale.
We believe Autonomy substantially inflated its reported “IDOL OEM” revenue by including software license revenues that do not fit the reported definition of “IDOL OEM.” Lastly, we believe Autonomy inappropriately accelerated revenue and misstated its financial performance by converting long-term data-hosting deals into upfront licensing deals.”