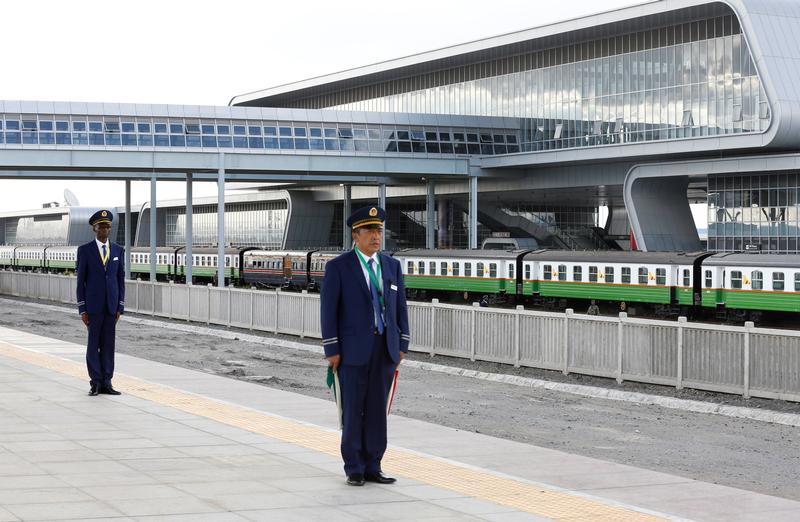 The bank created a new role sure to please Beijing: Head of Belt and Road Initiative. The job will be to coordinate efforts serving the $1 trln overseas infrastructure plan. The nomenclature will burnish HSBC’s cred in China. And it may catch on with the rest of Wall Street.

Kenya Railways attendants prepare to receive a train launched to operate on the Standard Gauge Railway (SGR) line constructed by the China Road and Bridge Corporation (CRBC) and financed by Chinese government as it arrives at the Nairobi Terminus in the outskirts of Kenya's capital Nairobi May 31, 2017. REUTERS/Thomas Mukoya - RC13462847E0

HSBC said on April 9 it has appointed Mukhtar Hussain, currently chief executive of HSBC Malaysia, to a newly created role as Head of Belt and Road Initiative, Asia Pacific. BRI is a $1 trillion infrastructure initiative led by Beijing that proposes to build out a network of highways, rail lines, ports and energy pipelines to increase connectivity between Beijing and its neighbours, in particular with emerging markets in southeast and central Asia.

Hussain has been with HSBC since 1982 and has worked in Europe, the Middle East and North Africa prior to his role in Malaysia, where he has served since 2009. His role will be to "spearhead key initiatives and relationships" to grow BRI-related businesses and improve collaboration between different business units.

The bank announced separately on the same day that it will seek to cut internal bureaucracy and expand investment in China's southern region to the rest of the country, during a meeting with analysts and investors in Hong Kong, Reuters reported. The presentation to investors showed the bank's mainland China retail banking unit made a loss of $44 million in 2017.