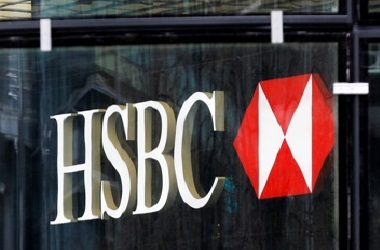 New fines and rising compliance costs weighed on the lender’s third-quarter earnings, offsetting the gain from higher revenue and lower bad debts. HSBC reckons that the benefits of scale outweigh the costs. It’s an argument that other banks will find harder to make.

The logo of HSBC bank is seen at its office in the Canary Wharf business district of London, April 1, 2013. REUTERS/Chris Helgren

HSBC reported pretax profit of $4.6 billion for the three months to September, up 2 percent on the same period of last year, despite new charges and fines.

The bank set aside $378 million to cover a potential fine from the UK regulator for alleged manipulation of currency markets.

It also set aside more money to cover the cost of compensating customers in Britain for mis-selling loan insurance, and agreed a $550 million settlement with the U.S. Federal Housing Finance Agency.

These and other so-called significant items added $1.7 billion to HSBC’s operating expenses in the third quarter, up from $784 million in the same period of 2013. Excluding these factors, operating expenses were up 6 percent, reflecting inflation and increased compliance costs.

However, bad debt charges dropped to $760 million, from $1.59 billion in the third quarter of last year.

“The costs of being a global bank are higher,” said Chief Executive Stuart Gulliver. “But the model is still worth running.”

In the nine months to September, HSBC’s return on equity was 9.5 percent on an annualised basis, down from 10.4 percent in the same period of 2013.