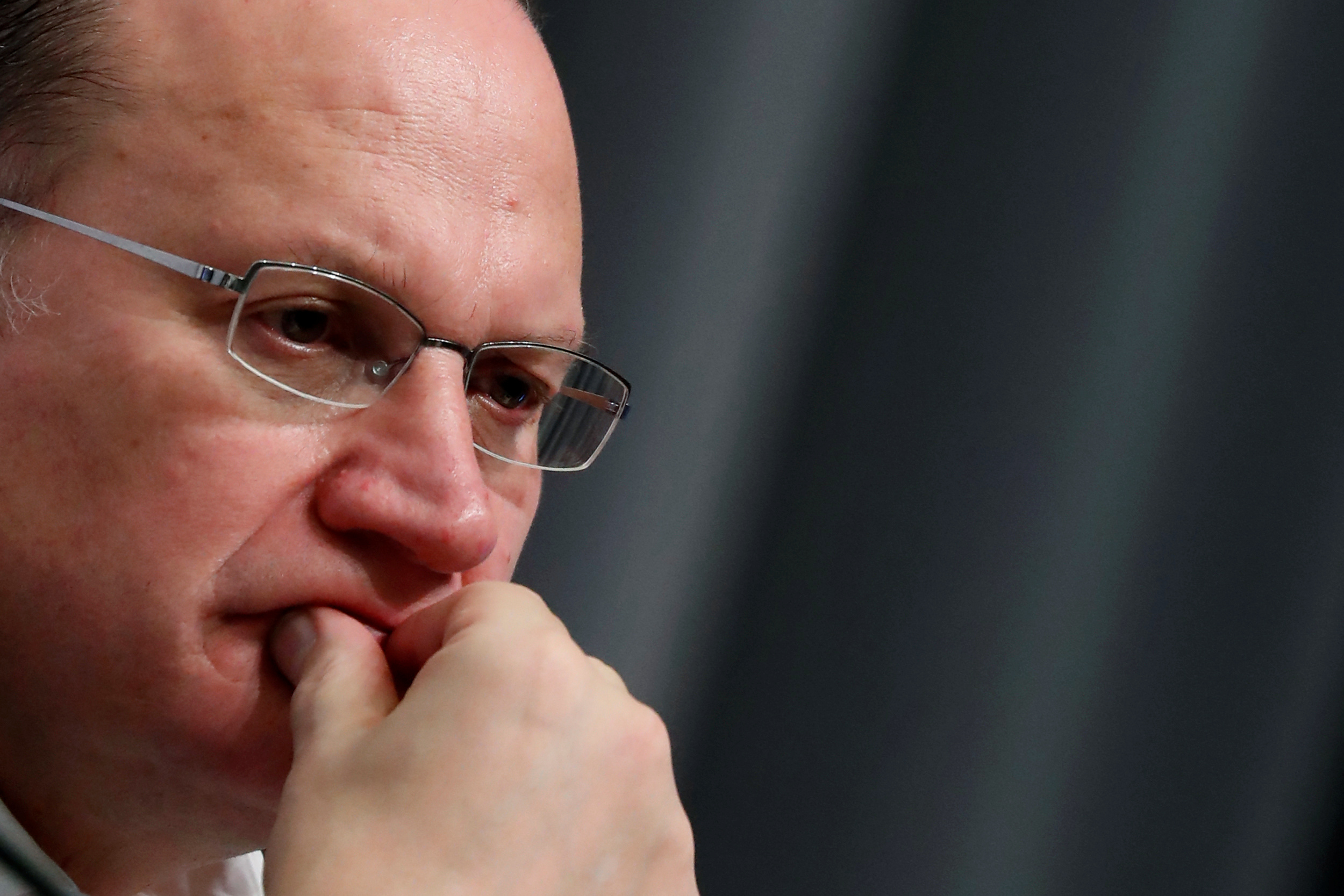 The board led by Mark Tucker forced out Chief Executive John Flint just 18 months after picking him to run the global bank. Finding a permanent replacement could take up to a year, leaving the bank adrift. Investors will hold the former AIA boss accountable for what happens next.

Mark Tucker, HSBC bank group chairman, attends a news conference during the One Planet Summit at the Seine Musicale center in Boulogne-Billancourt, near Paris, France, December 12, 2017.

HSBC on Aug. 5 announced the surprise departure of Chief Executive Officer John Flint after just 18 months in the role, saying the bank needed a change at the top to address "a challenging global environment".

In a statement the UK-based bank said it had appointed Noel Quinn, CEO of HSBC’s commercial banking division, as interim CEO while a successor to Flint was found.

Chairman Mark Tucker said: “HSBC is in a strong position to deliver on its strategy. In the increasingly complex and challenging global environment in which the bank operates, the board believes a change is needed to meet the challenges that we face and to capture the very significant opportunities before us.”

The announcement came as the Asia-focused lender reported interim results in which it made an 11.2% annualised return on tangible equity and announced a $1 billion share buyback.