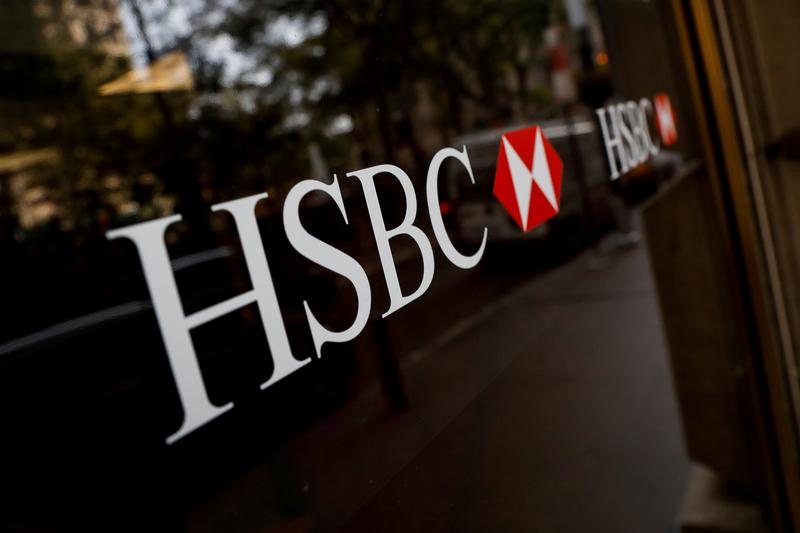 The UK mega-bank is well-capitalised despite a 48% slump in pre-tax profit and five-fold rise in bad-debt provisions. That’s partly because regulators told CEO Noel Quinn to halt payouts. It’s an opportune moment to link them to earnings and provide flexibility in future crises.

HSBC logos are seen on a branch bank in the financial district in New York, U.S., August 7, 2019.

HSBC on April 28 reported pre-tax profit of $3.2 billion for the first three months of 2020, 48% less than in the same period a year earlier, and it warned that the pandemic could cause further damage.

Revenue fell 5% year-on-year to $13.7 billion, while provisions for credit losses increased five-fold to $3 billion. The London-listed lender’s common equity Tier 1 capital ratio was 14.6% compared with 14.7% at the end of 2019.

HSBC increased its credit impairment charges to $3 billion from $600 million and said the coronavirus could push its full-year provisions for loan losses to between $7 billion and $11 billion.

At the behest of the Bank of England, HSBC on March 31 cancelled a planned dividend of $0.21 per share due to be paid on April 14. The lender said on April 28 that it would “review our dividend policy at, or ahead of, our year-end results for 2020".