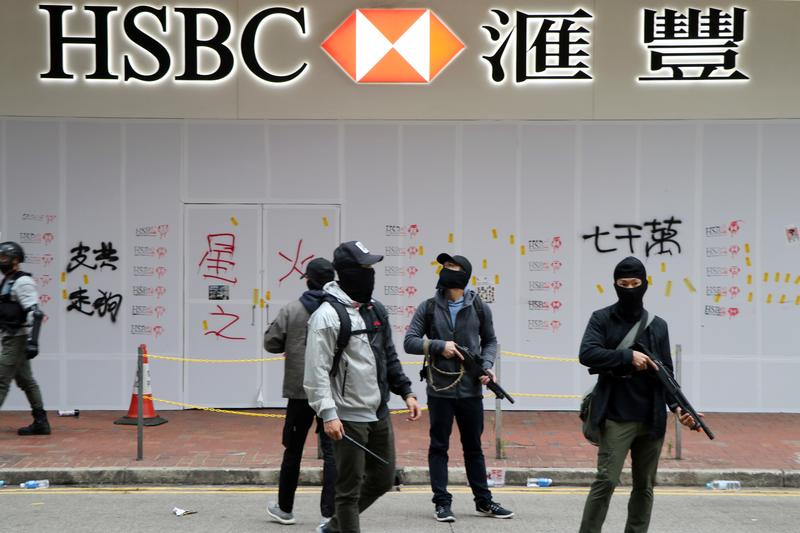 Demonstrators vandalized bank branches after police froze a protest-related account. HSBC earns over half its profit in the former British territory, so boycott threats and the current recession are big risks. With Beijing on his back, interim CEO Noel Quinn has few good options.

On Jan. 1 protesters vandalized HSBC branches and cash machines in Hong Kong during violent anti-government demonstrations which have been ongoing since June.

On Dec. 19, officers froze HK$70 million ($9 million) in bank deposits held by the Spark Alliance, an organisation launched in 2016 to help protesters with legal fees and the like. Police said they arrested four people for suspected “money laundering”, according to a statement.

HSBC has denied any link between the police crackdown on Spark Alliance and the closure of that organisation’s account at HSBC, saying it was done following direct instruction from the customer. Some demonstrators have called for a boycott of the bank over the move.