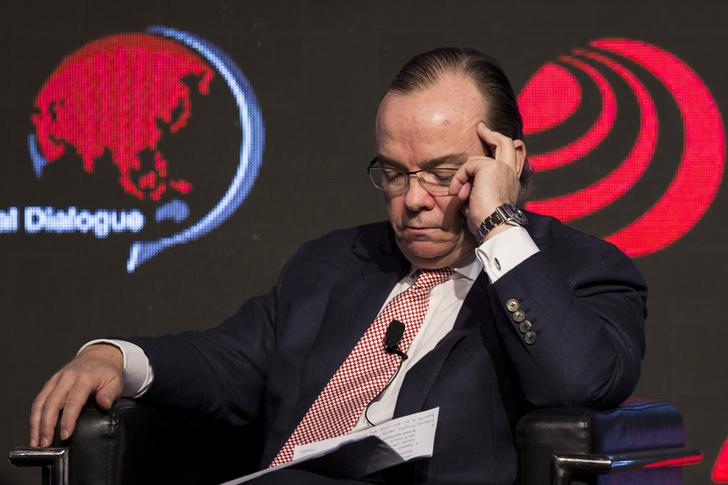 HSBC’s financial woes trump its Swiss tax headache. Revelations about the global bank’s past fiscal fiddles – and Chief Executive Stuart Gulliver’s offshore accounts – have brought new scrutiny and raised the bar for future conduct. Investors care more about whether HSBC will be able to reach its newly reduced financial targets. These still look some way off.

Gulliver admits new disclosures about past malpractice in HSBC’s Swiss private bank are a “source of shame.” They also add urgency to his drive to tighten controls and shrink businesses that threaten the bank’s reputation. For now, Gulliver’s credibility is largely intact: he has paid full UK income tax since relocating to London over a decade ago, while his convoluted offshore accounts appear to have been designed to thwart curious colleagues rather than tax collectors. Even so, any more recent examples of misbehaviour would once again raise questions about whether HSBC is too big to manage, and potentially imperil a U.S. banking licence that hinges on there being no repeats of the sort of money-laundering lapses that occurred in Mexico.

In the meantime, top brass must prove the bank can generate enough income to cover the extra costs of hiring compliance staff and paying fines – it set aside a further $550 million for foreign exchange-rigging penalties in December – while earning an adequate return on its expanded capital base. With interest rates remaining low across the world, HSBC is struggling to expand revenue. Yet costs continue to rise: they were up 6.1 percent on an underlying basis last year. Underperforming units in Brazil, Mexico, the United States and Turkey will require further restructuring – and could even be sold.

This helps explain why HSBC has scaled back its return on equity target. It now aims for an ROE of more than 10 percent, assuming a capital base equivalent to 12 percent to 13 percent of risk-weighted assets. That’s still a stretch: ROE last year was just 7.3 percent. Plans to make “too big to fail” banks hold extra buffers of debt that can be written down in a crisis could add a further burden.

Investors seem to be ignoring the furore about tax shenanigans: HSBC shares dropped 6 percent on Feb. 23, but only after its results were published. It’s a reminder that the bank’s challenges are much broader than past misdemeanours in Geneva.

HSBC on Feb. 23 reported a deeper-than-expected 17 percent slide in annual pretax profit and cut its earnings target. The UK emerging markets-focused bank also said allegations that its Swiss business had helped customers to dodge taxes had brought shame on the bank.

Chief Executive Stuart Gulliver admitted that allegations about its Swiss operations had damaged its image. “A number of us think the practices of the private bank in the past are a source of shame and reputational damage to HSBC,” he said.

Gulliver was thrust into the scandal when Britain’s Guardian newspaper said he had maintained an account at HSBC’s Swiss private bank via a Panamanian company.

Gulliver confirmed that he had opened the account in the late 1990s to prevent colleagues in Hong Kong, where he worked at the time, from learning details of his bonus. The account was held through a Panamanian company in order to prevent HSBC’s Swiss employees from knowing the account was his. “There was no tax advantage,” Gulliver said.

Gulliver said that since 2003, when he relocated to London, he had paid the “maximum marginal rate” of UK income tax on his worldwide income.

HSBC reported a 17 percent drop in pre-tax profit to $18.9 billion for 2014 as a result of higher costs and fines, combined with the loss of income from disposals. On an underlying basis, pre-tax profit was roughly flat at $22.8 billion.

The bank lowered its target for return on equity (ROE) to at least 10 percent, from a previous goal of 12 percent to 15 percent, to reflect the tougher operating environment and its expectation that its common equity Tier 1 capital ratio in future will rise to 12 percent to 13 percent.