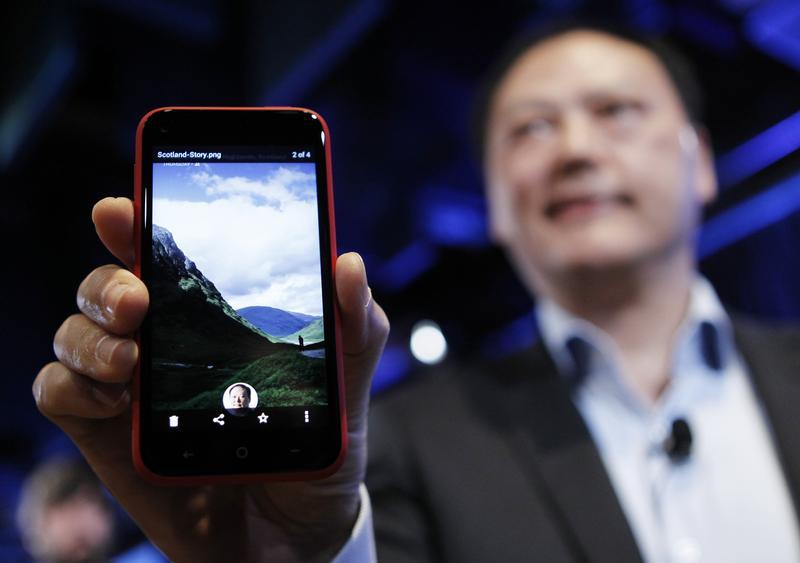 The Taiwanese handset maker is losing market share to flashier rivals like Apple and Xiaomi. The shares are down 90 percent in two years. It posted a quarterly loss and may sell some factories to save cash. An outright takeover might seem logical, but while HTC’s products are attractive, the valuation is not.

Reuters reported on Oct. 23 that Taiwanese smartphone maker HTC halted at least one of its four main manufacturing lines, according to sources with direct knowledge of the situation, and could sell the unused factories. HTC told Reuters in an emailed statement that it is “not shutting down nor has plans to sell any of its factory assets”.
“HTC has a very strong balance sheet and will provide the latest financials in our upcoming earnings call to investors and the broader community,” the company said.
HTC posted its first ever quarterly loss on Oct. 4, of T$3.5 billion ($120 million). The company said that its unaudited revenue for the three months ending Sept. 30 was T$47 billion, around a third the figure for the same period of 2012.
The company’s operating profit margin fell from 9 percent in the second quarter of 2012 to 1.5 percent in the same period 2013. Its global smartphone market share fell from 9 percent to 2 percent between 2011 and 2013, while rival Samsung’s increased from 19 to 32 percent over the same period according to Canalys.
Responding to speculation the company could be acquired by another handset maker, the company’s chairwoman and third largest shareholder Cher Wang said she does not want to sell, CNBC reported on Oct. 4. Wang will become more involved with running the company, while CEO Peter Chou will focus more on product development, the Financial Times reported on Oct. 20.