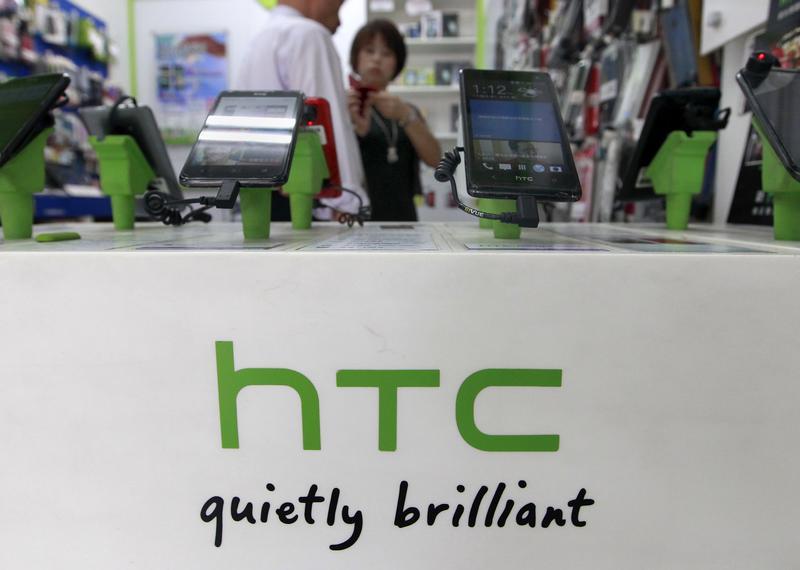 HTC needs to phone a friend. At NT$65 billion ($2 billion), Taiwan’s largest handset maker is now worth a little more than its dwindling cashpile. Founder and Chairwoman Cher Wang, who took over as chief executive this year, rules out a sale. So HTC needs to buy time by raising funds – perhaps by selling a stake. Even then, new smartphones and a push into virtual reality both look like long shots.

Quarterly results on Oct. 30 underscored just how badly the group has been hit by slowing smartphone demand and fierce competition from Chinese handset makers, especially Xiaomi and Huawei.

With the business in flux, HTC has scrapped earnings guidance. Analysts on average expect a full-year net loss of NT$14.5 billion, Eikon data shows. HTC’s global market share has fallen to less than 2 percent, Reuters reported in June. And the stock is now down 45 percent this year.

With no debt, the company had over NT$43 billion of cash on its balance sheet as of September. But that cash pile has already shrunk by more than NT$12 billion in 2015. At this rate, the company will run out of cash in less than three years.

Finding an outside investor could buy the company more time to return to profit, and implement a restructuring that aims to slash operating costs by more than a third. At today’s market prices, selling a stake equivalent to roughly a quarter of its current share capital would raise NT$16 billion – about a year’s cash burn at current rates. Perhaps a Chinese tech company, a Taiwanese hardware group, or a contrarian financial investor could be interested.

However, a comeback based on a blockbuster handset looks unlikely. Nokia and BlackBerry show how hard it is to regain the momentum in mobile devices. That will surely deter some suitors.

Virtual reality is a promising and less crowded market, but still in its infancy. Analysts at Sinopac expect HTC’s VR headset, which competes against Samsung and the Facebook-backed Oculus Rift, to ship just 1 million units in 2016. Wang will need to paint a bright picture of this future reality to get new backers onboard.

Taiwanese smartphone maker HTC said its revenue for the quarter ending September was NT$21.4 billion on Oct. 30. The company made a net loss of NT$4.48 billion, compared to a profit of NT$641 million for the same period last year.

Customers look at HTC smartphones in a mobile phone shop in Taipei July 30, 2013.

Taiwanese smartphone maker HTC said its revenue for the quarter ending September was NT$21.4 billion on Oct. 30. The company made a net loss of NT$4.48 billion, compared to a profit of NT$641 million for the same period last year.