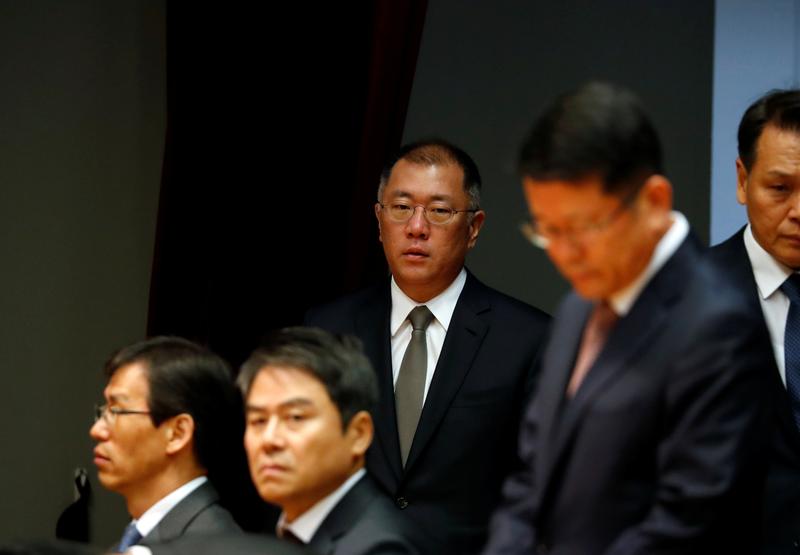 A radical shake-up in the upper ranks of the Korean autos conglomerate should help de facto boss Euisun Chung repair multiple dents. Flagging sales and restructuring demands from activist Elliott are top of his to-do list. A firmer hand should drive progress on both.

As part of the reshuffle, first reported by Reuters on Dec. 11, Albert Biermann was named head of research and development at the broader group, the first non-Korean to take the role.

The move follows the promotion of Euisun Chung in September to Hyundai Motor's executive vice chairman, moving him closer to succeeding his 80-year-old father, Mong-Koo Chung, as group chairman.