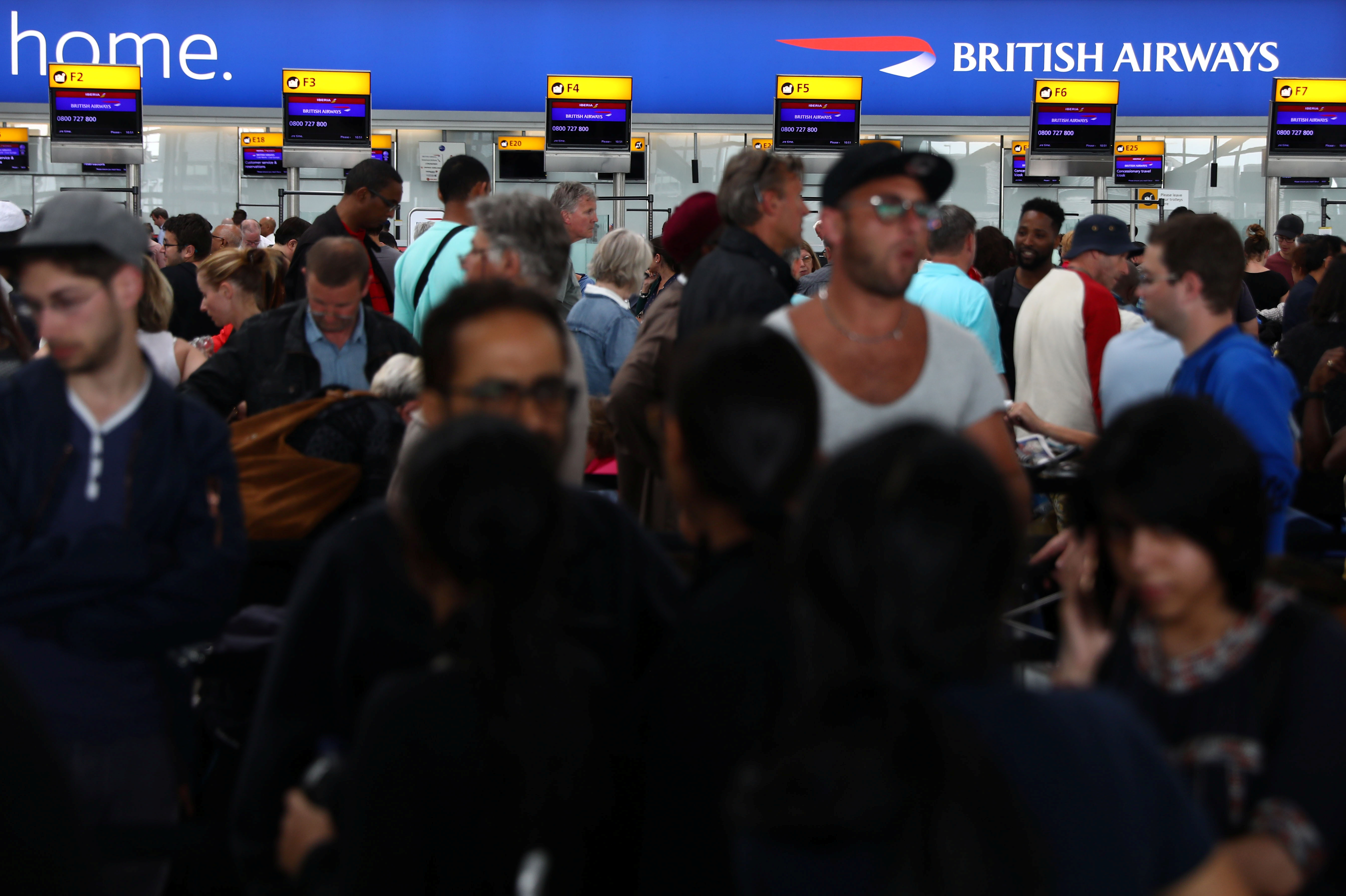 The owner of Britain’s flag carrier is reeling from an IT glitch that grounded hundreds of flights. While unions blame cost cutting, the airline has little choice but to bear down on expenses. The impact will fade: customers have short memories and focus on prices in the end.

People wait with their luggage at the British Airways check in desks at Heathrow Terminal 5 in London, Britain May 28, 2017. REUTERS/Neil Hall - RTX37YRI

Shares in British Airways owner IAG were down 3.1 percent at 595 pence at 0848 BST on May 30 after an IT failure left 75,000 passengers stranded over the May 27-29 holiday weekend, which is one of the busiest for the airline.

BA on May 27 cancelled flights from London's Heathrow, Europe's busiest airport, and Gatwick. It said a power surge knocked out its computer systems, disrupting its global flight operations, call centres and website.
- The carrier failed to resume normal operations on May 28 and 29, but said it would be operating a full flight schedule at Heathrow and Gatwick on May 30.

British Airways Chief Executive Alex Cruz said that the massive power surge also knocked out its back-up system, and denied that the outage was linked to the outsourcing of some staff from Britain.

Cruz said there would be a full investigation to find out what had happened and to prevent a recurrence of the problem.