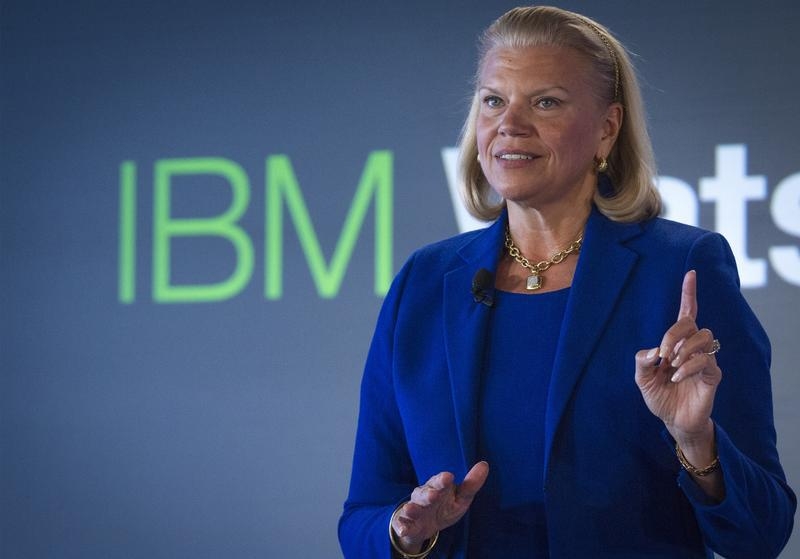 IBM requires an atypical activist fix. Big Blue’s strategy of cost cuts and debt-fueled buybacks is no longer working – even though the company keeps trying. A tarnished balance sheet, lean staffing and a history of disposals rule out typical activist wheezes. Encouraging Chair and Chief Executive Ginni Rometty to invest in IBM’s core businesses could pay off.

For two decades IBM has run the same playbook. It sells low-margin businesses, slashes expenses, buys some profitable software companies, and returns a lot of cash to investors. Over the past four quarters, the $152 billion company has spent more than $23 billion on dividends and buybacks.

The snag is that IBM is investing too little. Big Blue has only spent about $11 billion over the past four quarters in total on R&D, capital expenditure and acquisitions. That’s a problem in tech, where old products soon become obsolete. While Google spends about 16 percent of its sales on R&D, IBM spends 6 percent.

The effect is becoming clear on the top line. Revenue has shrunk for 10 quarters in a row. Costs have been cut to the bone, sending customers fleeing to better service providers. In a good year for stocks, IBM shares have fallen more than 15 percent. That means IBM has overpaid on its last three years of buybacks.

That has spurred talk of activists. But what could rabble-rousing shareholders demand? Unlike Yahoo there’s no obvious gem to dispose of or cash-laden balance sheet to raid. IBM has been selling off hardware, like last quarter’s disposal of the chip division, lessening the appeal of an HP-style breakup. IBM hasn’t done any big acquisitions recently, so an activist can’t argue it is wasting capital like HP, which wrote off three-quarters of the $12 billion it paid for Autonomy. And year after year of punishing cost cuts leave no obvious fat to cut.

A better idea is to invest more in the business. Assume IBM repurchases $10 billion of stock next year. Bought back at current rates, that would result in a 7 percent increase in earnings per share. Meanwhile, IBM’s pre-tax return on its business assets is 22 percent. Diverting that $10 billion into the business could result in more than $2 billion of pre-tax profit. Put this on IBM’s low 20 percent tax rate and the result is more than a 12 percent increase in earnings per share.

IBM’s revenue shrank by 4 percent in the third quarter of 2014 compared to the same period a year earlier. That is the 10th consecutive quarter revenue has declined.

IBM’s revenue shrank by 4 percent in the third quarter of 2014 compared to the same period a year earlier. That is the 10th consecutive quarter revenue has declined.