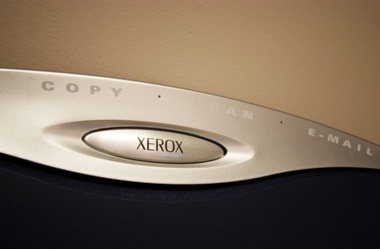 Carl Icahn may be stealing a leaf from the Hewlett-Packard breakup playbook. The activist investor has taken a 7.1 percent stake in Xerox, contending the $10 billion copier company is undervalued as more companies perform back-office tasks on computers rather than paper. Like HP, its only option may be to spin off assets, an approach that Icahn seems likely to advocate.

Xerox sales fell 12.7 percent in the year ended last September, and its normalized EBITDA dropped 68 percent in the third quarter from the same period last year. The company’s stock has plunged more than 21 percent in value over the past 12 months.

The problem is, of course, that fewer customers are using Xerox machines to make paper copies. That’s why Chief Executive Ursula Burns bought Affiliated Computer Services in 2009 for $6.4 billion, acquiring a ready-made internet technologies business that accounted for 57 percent of Xerox’s revenue last quarter. That business, however, also posted a quarterly loss of $184 million and a negative profit margin of 7.6 percent.

Icahn is maneuvering for a say in the strategic review that Xerox just announced. He will probably favor splitting the paper-copying business from the technology and document-management division, Xerox Services, which could find a more logical home with a higher-margin rival like Accenture. Xerox could then continue to squeeze cash from the fading copier division as it inevitably goes the way of the buggy whip.

If that’s the plan, it looks a lot like the strategy pursed by HP. Facing similar digital competition, HP split into hardware and enterprise units last November. Shares of the former – largely engaged in making personal computers and printers – have since edged up about 6 percent, benefiting from a leaner business model.

Xerox shares have dropped 1.2 percent in value since Icahn disclosed his stake, evidence that investors are wary of whatever he has up his sleeve. With current operations unlikely to put the company back on track, however, shareholders might look to HP for a glimpse of what comes next.

(This item has been corrected to show that Xerox sales fell 12.7 percent in the year ended last September, not November, and that the company’s services business lost $184 million last quarter, not $2.4 billion.)

Activist investor Carl Icahn on Nov. 23 disclosed a 7.6 percent stake in Xerox, saying the faded technology company’s shares are undervalued. The investment makes him the second largest shareholder of the 109-year-old copier and internet technologies company.

In a regulatory filing, Icahn said he plans to discuss improving operational performance and pursuing strategic alternatives with the board. He also left open the possibility of gaining one or more seats on the board.

Xerox shares have fallen 21 percent in the 12 months leading up to Icahn’s disclosure. In October 2015, it posted its first quarterly loss since the first quarter of 2010. Chief Executive Ursula Burns said on an earnings conference call last month that the company was not considering a sale. It has cut over 1,700 jobs this year.