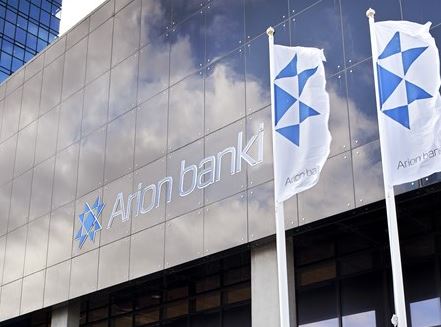 The bank formerly known as Kaupthing will list a 25 pct stake, valuing its equity at around 135 billion Icelandic crowns (1.1 bln euros). A price of 0.6 times book reflects historical scepticism and declining margins. Overcapitalisation could make that look too harsh.

Iceland's Arion Bank said on June 13 that it expected the price of its stock market listing in Reykjavik and Stockholm to be 75 Icelandic crowns per share, citing the managers of its initial public offering in a company press release.

The share sale will represent at least 25 percent of Arion Bank's total shares outstanding plus an additional over-allotment option by existing shareholders Kaupthing and Trinity Investments, according to a report by Reuters on 31 May which cited the bookrunner on the deal.

Full exercise of the over-allotment option would result in a minimum offer volume between 35.4 billion and 41.1 billion Icelandic crowns ($336.79 million to $391.02 million).

As part of the initial public offering, Kaupthing, which owns a 55.57 percent stake, and Trinity Investments, which owns 12.44 percent, would list at least 452.5 million ordinary shares.

Kaupthing – a major international bank prior to the Icelandic financial system's meltdown – went into administration in 2008 and its domestic operations were separated and renamed Arion Bank in 2009.