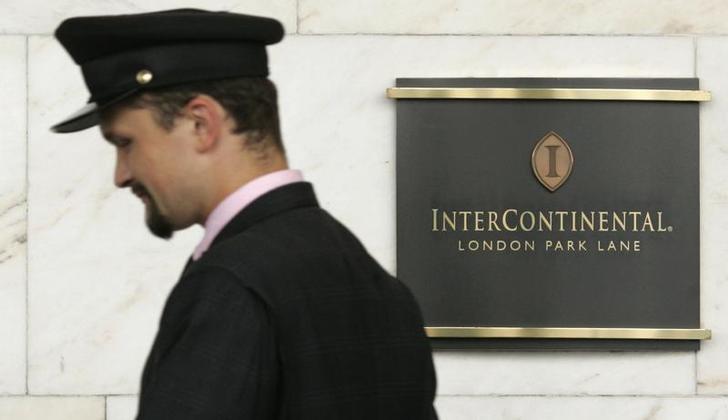 Bill Ackman protégé Mick McGuire is targeting the $10 bln hotels group. He wants IHG to sell to a bigger rival. Consolidation makes sense. But IHG is expensive, suitors like Starwood aren’t keen, and the group has fewer weaknesses than the typical activist target.

A porter passes a sign for the InterContinental Hotel, Park Lane in London.

Hedge fund Marcato Capital, run by Bill Ackman protégé Mick McGuire, said on May 29 it had taken a 3.8 percent stake in InterContinental Hotels Group (IHG) and urged the company’s board to consider a takeover by a larger rival.

“We believe that a combination with a larger hotel operator would have compelling strategic and financial merit and represents a unique opportunity to reshape the global hospitality industry,” Marcato said.

Starwood Hotels & Resorts is not interested in bidding for IHG, CNBC reported on June 2 citing sources close to the company.

Sky News said on May 24 that IHG had received a takeover approach.

By 0930 BST on June 3, shares in IHG were trading down 0.7 percent at 23.280 pounds. The company’s stock is flat since Marcato took its stake, and up 5 percent since Sky News reported on May 24 that IHG had received bid interest.

Shares in IHG have risen 15 percent since the company reported better-than-expected first-quarter results on May 2.

IHG Chief Executive Richard Solomons told Bloomberg on June 2 that there was no “necessity to do deals.”