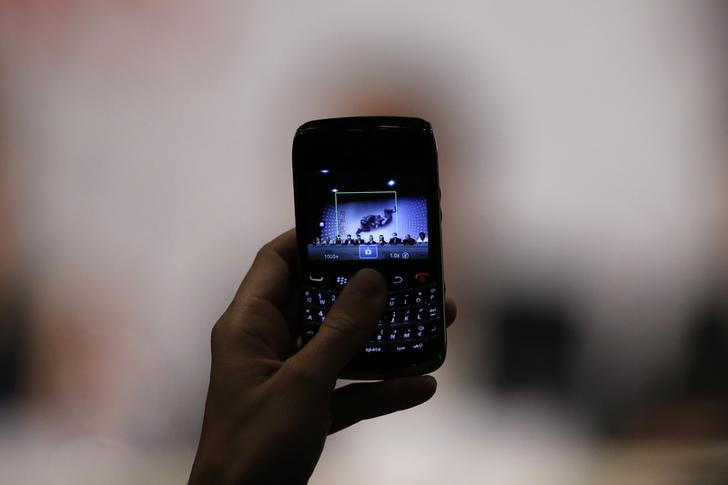 The maverick outfit has sown upheaval in French telecoms. Now it is reaping the rewards. Either rival Bouygues buys Vivendi’s SFR, and sells assets to Iliad to preserve competition. Or cable rival Numericable buys SFR – which could push Bouygues Telecom itself into Iliad’s arms.

A journalist takes a picture with his mobile phone during a news conference for the film "Blood Ties" at the 66th Cannes Film Festival in Cannes May 20, 2013

Iliad, the low-cost phone and broadband company, said on March 10 it had seized 12 percent of the French mobile market within two years of launching its “Free Mobile” service. The company said EBITDA leapt 31 percent in 2013 to 1.2 billion euros, on revenue up 19 percent to 3.7 billion euros.

A day earlier Bouygues, the construction and telecoms group, disclosed it was in exclusive negotiations to sell a mobile network and spectrum to Iliad for up to 1.8 billion euros. The deal is meant to help Bouygues win approval from France’s competition authority to buy SFR, Vivendi’s mobile unit, by maintaining “strong, infrastructure-based competition” in the market. It would include 15,000 mobile antennae and a portfolio of second-, third- and fourth-generation mobile spectrum.

French Industry Minister Arnaud Montebourg suggested the government might view Bouygues’ bid more favourably than a rival offer from Numericable, the country’s main cable operator. “(The government’s) red line is clear: no layoffs plan, no voluntary departure plan and no job cuts,” Le Parisien quoted Montebourg as saying. “Competition by destruction will end if we go back to three operators while keeping prices low. It will not end if Numericable wins SFR.”