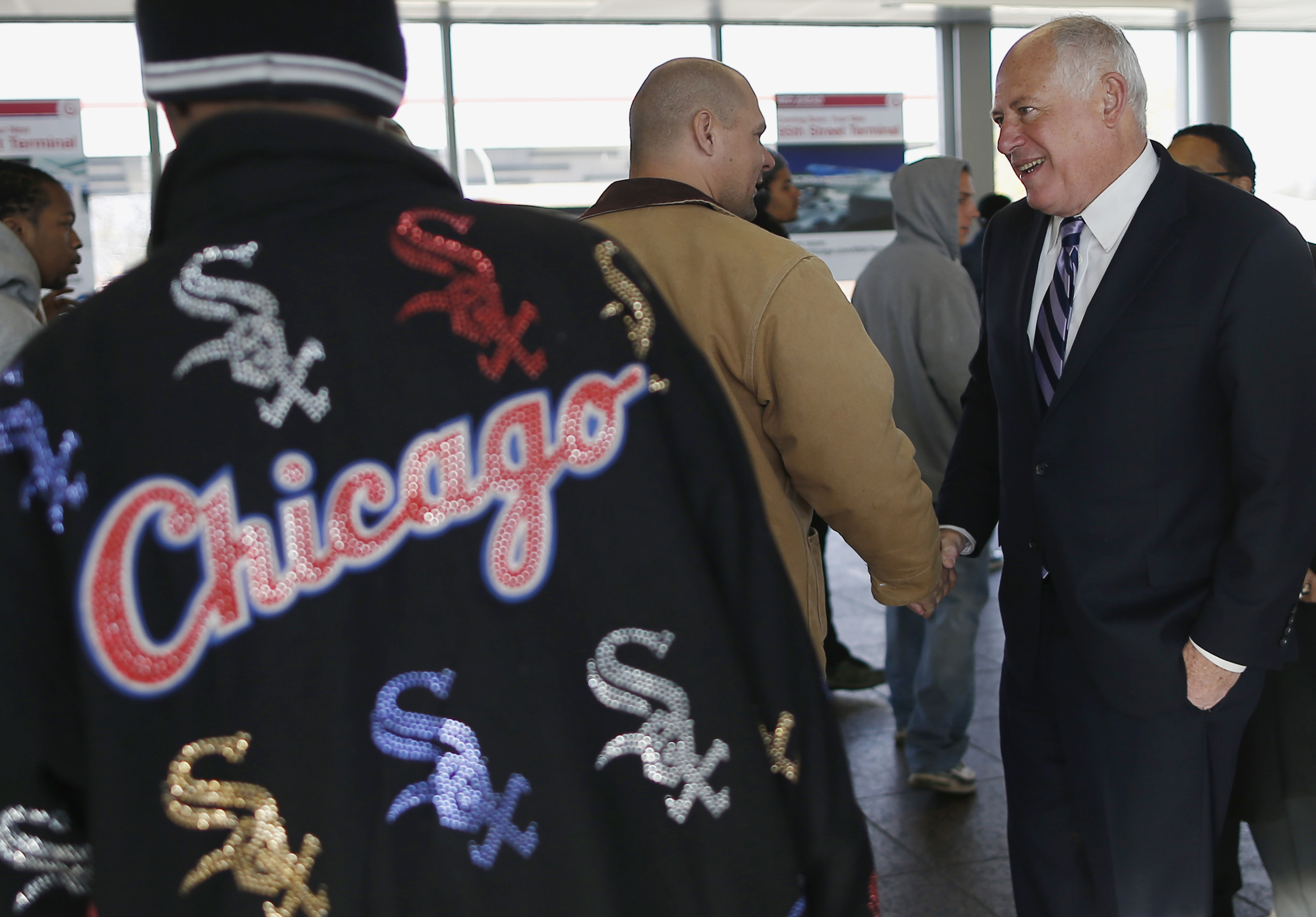 Illinois Governor Bruce Rauner is all but summoning the bond vigilantes. In an exclusive interview with Breakingviews, the onetime buyout baron challenged a pervasive belief in markets that governments can always just raise taxes to plug deficits. The issue resonates beyond his state’s $140 billion fiscal mess. From Springfield to San Juan, debt investors have neglected to focus political minds.

The Prairie State’s Republican governor is “learning in real time” whether it’s possible to clean up one of the country’s biggest fiscal messes before it succumbs to a crisis like those experienced in nearby Detroit or further-flung Puerto Rico.

Rauner spoke to Breakingviews on Monday in his 16th floor office in Chicago’s glass-and-steel-framed James R. Thompson Center. The venue was fitting. Rauner last year proposed auctioning off the Helmut Jahn-designed government edifice. It is indicative of how deep the problems are that even a few million dollars a year in maintenance costs matter. Illinois faces an estimated $6 billion deficit, $27 billion in general obligation debt and a $111 billion unfunded pension liability.

Without serious changes, Rauner warned during the interview, the Midwestern state and its economic engine in Chicago are heading for a Motown-style meltdown. “We don’t have sole dependence on autos, but are very dependent on manufacturing,” he said of Illinois, which has been losing factory jobs for years. “We’re sliding – slower – but we’re sliding to the same outcome as Detroit.”

Reaching a solution is proving elusive. Rauner may have amassed an estimated nine-figure personal fortune at Chicago-based private equity firm GTCR, but he’s a political novice in the state capital where Democrats control the legislature. Eighteen months into Rauner’s tenure, the state is still operating without a budget.

With just two weeks left in this year’s legislative session, Rauner is pushing a compromise that would fund the government while also embracing other policy changes he says are needed to spur growth. His proposals, which include reducing an above-average workers’ compensation tab and altering collective-bargaining rules, are up against serious opposition from Democrats who draw their support from organized labor.

Rauner, who advocates giving local authorities access to Chapter 9 bankruptcy, cautions that new revenue and spending cuts alone won’t get Illinois out of its hole

“We’ve spun ourselves into incredible debt, the worst debt in America for any state,” he said. “We can’t cut our way out. We can’t tax our way out. We’ve got to grow.”

The message should resonate not just with elected officials, whose financial neglect over many years loaded the state and its biggest city with debt, but also debt investors who have abetted government largesse in Illinois and beyond.

“There is an underlying assumption that in the end, you can always raise taxes. Let’s not sweat deficits too much, they’ll raise taxes eventually” Rauner said. “Bond buyers end up being advocates for tax hikes. That’s not the long-term solution.”

Detroit’s general obligation bondholders, for example, ultimately agreed to be paid less than par value for their holdings in the city’s bankruptcy proceedings. Allowing over-indebted governments in Illinois to restructure their debts could further shake the market from its complacency. Rauner said bond investors “might have to be thoughtful and actually do work, actually assess risk and reward.”

As a rare U.S. governor with Wall Street experience, Rauner has a unique perspective on debt. For now, he may be focused on his immediate budget predicament, but bond buyers everywhere can consider themselves forewarned.

Illinois Governor Bruce Rauner said in an interview on May 16 that ever-rising taxes were not a solution to his state’s fiscal woes.

“There is an underlying assumption [on the part of bondholders] that in the end, you can always raise taxes,” the former private-equity executive told Breakingviews. “Bond buyers end up being advocates for tax hikes. That’s not the long-term solution.”

The Republican governor said he continues to support giving governments an option to discharge their debts in bankruptcy. Under current Illinois law, local governments and other municipal agencies are barred from seeking protection from creditors under Chapter 9 of the U.S. bankruptcy code.

Rauner was set to meet with legislators on May 17 to try to reach a compromise on the state’s 2016 budget before the year’s legislative session ends on May 31. Lawmakers failed to pass a budget for 2015.