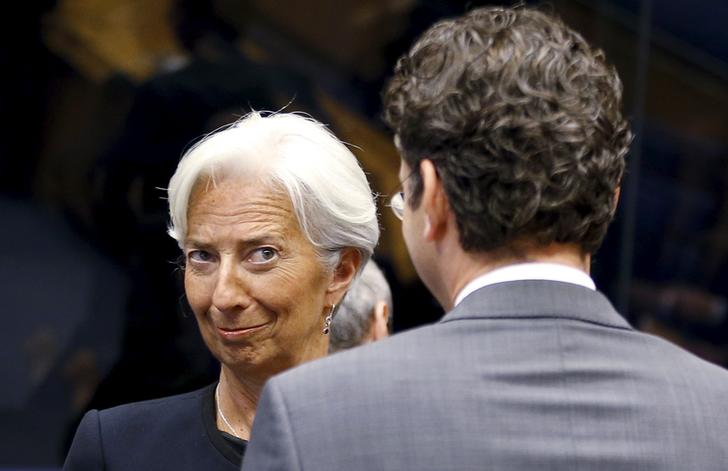 The International Monetary Fund’s conclusion that Greece’s debt is less sustainable than it was is a statement of the obvious. It’s unlikely to prevent Angela Merkel from winning approval for the country’s latest bailout. But Germany will eventually have to accept the hard truth.

Greece needs far bigger debt relief than euro zone partners have been prepared to envisage so far due to the devastation of its economy and banks in the last two weeks, according to a confidential study by the International Monetary Fund, Reuters reported on July 14.

The IMF sent an updated debt analysis (DSA) to euro zone governments late on July 13, after Greece and its 18 partners agreed in principle to open negotiations on a third bailout programme of up to 86 billion euros in return for tougher austerity measures and structural reforms.

European countries would have to give Greece a 30-year grace period on servicing all its European debt, including new loans, and a very dramatic maturity extension, or else make explicit annual fiscal transfers to the Greek budget or accept “deep upfront haircuts” on their loans to Athens, the report said.

The latest IMF study said Greek debt would peak at close to 200 percent of annual economic output in the next two years, compared to a previously forecast high of 177 percent.

Even by 2022, the debt would stand at 170 percent of gross domestic product, compared to an estimate of 142 percent issued just two weeks ago.

The European Stability Mechanism bailout fund will contribute between 40 and 50 billion euros ($44-$55 billion) to a three-year package for Greece to cover financing needs of 82 to 86 billion euros, a European official told Reuters on July 14. The IMF also has 16 billion euros still available under a programme expiring in March.