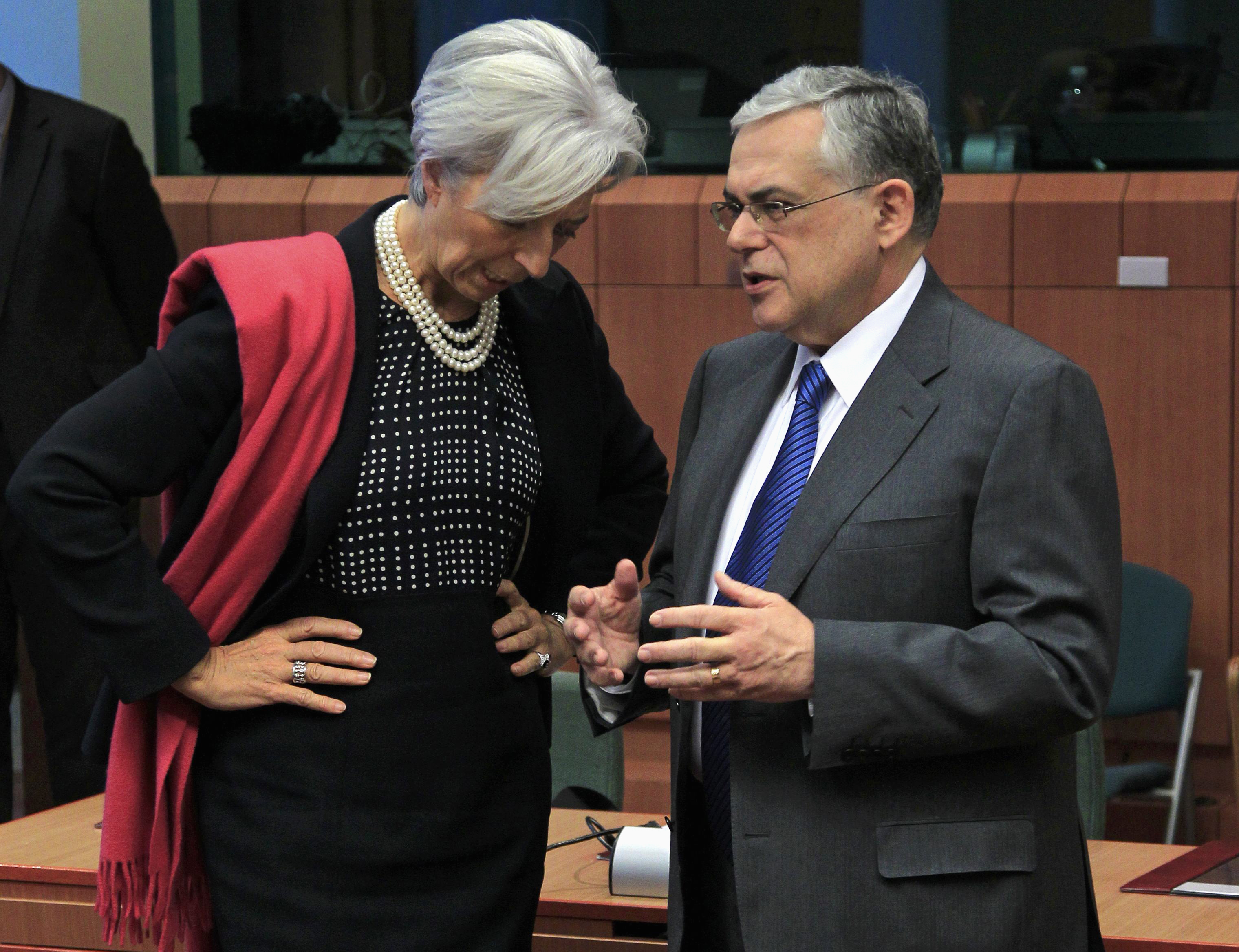 The International Monetary Fund played a big part in the first bailout of Athens but will have just a minor role in the second. The fund is providing only 13 billion euros more, barely enough to service existing loans. With the EU taking greater responsibility for the Greek mess, the IMF may find it easier to build a broader euro-zone firewall.

It would be churlish to accuse the IMF of stinginess. Even before the second package was announced on Tuesday, the fund had promised 30 billion euros, one of the largest loans in IMF history. An extra 13 billion – the amount German Finance Minister Wolfgang Schaeuble suggested the IMF will offer – would take the debt to a stratospheric 33 times Greece’s financial contribution to the fund. That compares to about 15 for Ireland. The new money will also be lent over a longer period, possibly up to a decade.

Still, the IMF appears to be strategically retreating. Its likely contribution toward the 130 billion euro pot would be just a tenth of the total, compared to the roughly one-third split in previous euro-zone rescue funds. The IMF is arguably contributing even less, because it will start getting money back from its first Greek bailout. By the end of 2014, Greece will have to pony up close to 11 billion euros to repay the previous IMF loan – so the fund’s peak exposure will be little changed by the latest deal.

It’s a shrewd compromise. The package gives Greece more time to get settled, reducing the threat of political disorder. Yet the gradual pullback should also reassure powerful developing nations worried that the fund has been too indulgent with wealthy euro members. Countries like China and Brazil may now be more willing to contribute to the $500 billion of extra firepower that IMF chief Christine Lagarde wants to build in case of a further deterioration in the zone.

Of course, the fund will still be playing a prominent role in Greece, by helping monitor and implement fiscal reform. But in financial terms, Greece seems to have maxed out its IMF credit.

The International Monetary Fund could contribute 23 billion euros to the Greek rescue package, though its board will first have to decide this, German Finance Minister Wolfgang Schaeuble said on Feb. 21.

“The IMF will participate in a new programme,” Schaeuble told a news conference. “It has proposed a sum of 13 billion plus the 10 billion that were not used in the first programme. But the final contribution will be made by the IMF board in its next meeting.”