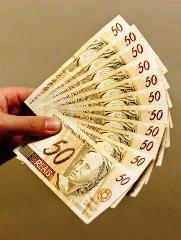 It is a proud day for Latin America’s largest economy. The International Monetary Fund’s chief Christine Lagarde is in Brazil to borrow money, a gratifying role reversal for a country which needed a record loan from the fund in 2002. But getting hold of some of its $350 billion of reserves will be hard. Like the IMF itself, Brazil is attaching conditions to its help.

Brazil can be forgiven a little smugness at having the IMF come calling with the begging bowl. Now a proud member of the BRICs club of elite emerging markets and a rising oil power, its policymakers have a powerful incentive to help avert disaster in Europe. It’s already clear that they are worried about any contagion from Europe’s woes hitting their shores, as they announced this week a raft of economic measures designed to avert a slowdown, including an interest rate cut.

Despite this, Brazil isn’t willing to hand over any cash yet. Instead the IMF chief got a bland repetition of Brazil’s position that it was willing to contribute more in principle, followed by a list of caveats.

Brazil is understandably insisting on more self-help from Europe, including stronger action from the European Central Bank. Brazil’s per capita income is only around one-third that in the euro zone, according to the Center for Economic and Policy Research, so its leaders are still wary about any domestic political backlash from bailing out far wealthier countries. Brasilia also wants more voting power at the fund. This has been boosted by half in recent years to just over 2 percent, which the country’s politicians reckon has not kept pace with Brazil’s rising international standing. Finally Brazil won’t want to make any deals without its BRIC partners – China, Russia and India.

And if the check finally lands, IMF officials may be disappointed by its size. The nation’s first and only loan to the fund in June 2009 was a meager $10 billion. Brazilian leaders view foreign exchange reserves as a hard-won insurance policy and are likely to be reluctant to part with much of it. That means Brazil is unlikely to be more than a bit player in any euro zone bailout.

Mantega said the amount of additional contributions had not been determined and would be discussed with other major emerging economies including China, Russia and India.

Close-up image of several 50 real (R$) bank notes, Brazil's official currency, in Rio de Janeiro January 19. Brazilian bankers are continuing to push global real-denominated bonds, even though the currency has fallen 6.5% in the past two weeks.

Mantega said the amount of additional contributions had not been determined and would be discussed with other major emerging economies including China, Russia and India.