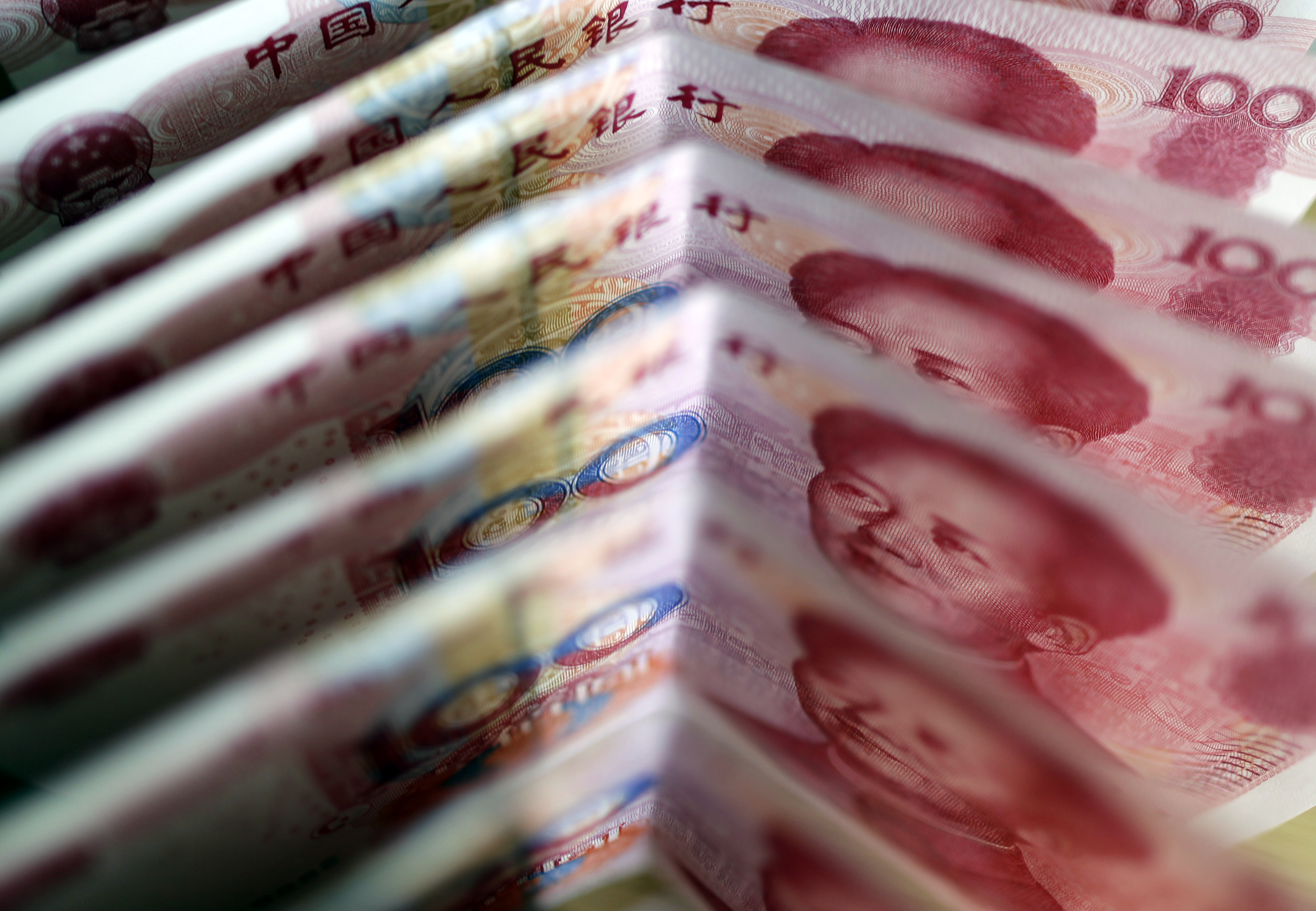 The Chinese currency makes up just 1 pct of global central-bank reserves, according to the organization’s first such breakout. The fund has promoted international use of the yuan and recently included it in its own in-house basket. The real world is moving much more slowly.

One-hundred Yuan notes are seen in this picture illustration in Beijing March 22, 2011.

The International Monetary Fund reported on March 31 that central banks around the world held $85 billion of renminbi in their currency reserves in the fourth quarter of 2016. It was the first time that the institution had included the Chinese currency in its data on the composition of official foreign-exchange reserves, or COFER.

The yuan holdings represented 1.1 percent of the $7.9 trillion worth of reserves for which central banks disclosed their currency allocations to the IMF. The fund put overall central-bank reserves at $10.8 trillion.

The renminbi was the seventh most-widely held reserve currency, trailing the dollar, the euro, the pound, the yen, the Canadian dollar and the Australian dollar. The dollar accounted for 64 percent of allocated reserves in the last quarter of 2016, the IMF said. The euro’s share of reserves was 20 percent.

Last October the IMF included the renminbi in its own in-house currency, the special drawing-right basket, saying China had taken sufficient steps to integrate its economy into the global financial system and make its currency more freely convertible. The IMF gave the yuan a weight of 11 percent in the SDR basket.