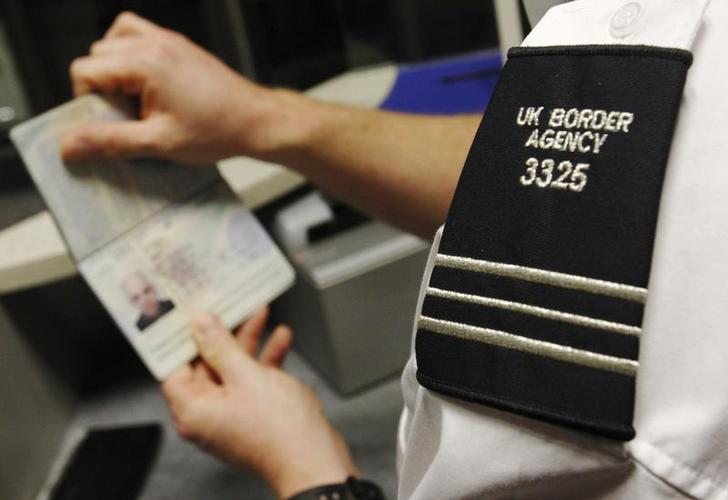 A new study finds recent UK immigrants have helped government finances. The answer is clearly right, but the question may be wrong. No fiscal snapshot can give a clear picture of the future economic effect of a doubling of the immigrant share in the workforce in just 15 years.

A UK Border Agency worker poses with a passport during a demonstration of the new facial recognition gates at the North Terminal of Gatwick Airport near London.

Immigrants who arrived between 2001 and 2011 made a net contribution to UK finances of 25 billion pounds during those years, an academic study found.

“The fiscal effects of immigration to the UK,” by Christian Dustmann and Tommaso Frattini, is to be published in The Economics Journal of the Royal Economics Society.

Dustmann is professor of economics, University College London and director of CReAM, the Centre for Research and Analysis on Migration. Frattini is assistant professor at the Department of Economics, Management and Quantitative Methods (DEMM) of the University of Milan, and also associated with CReAM.