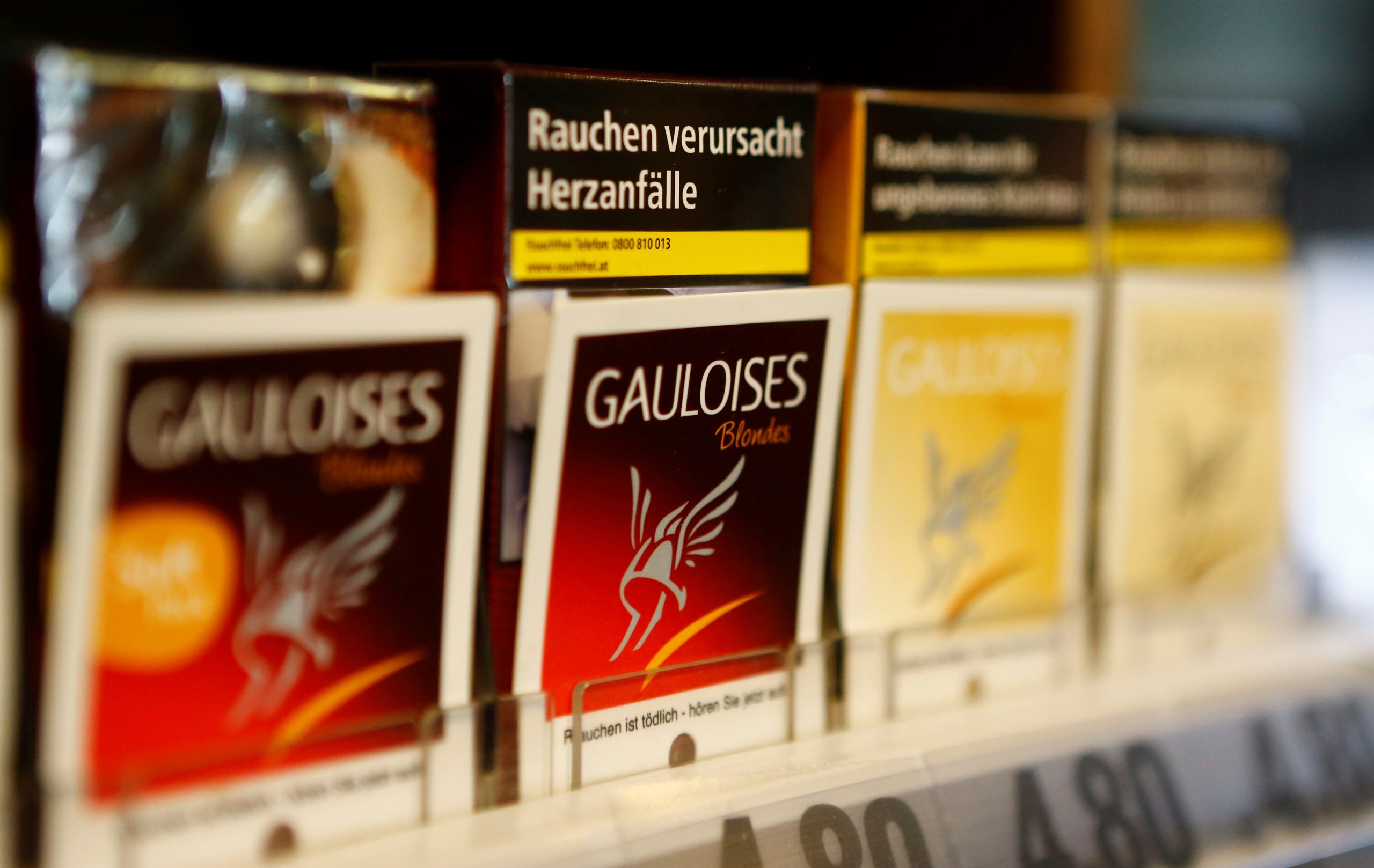 The tobacco company has a dividend yield way over 10% and has just had to write down flavoured vape inventory. Incoming Chief Executive Stefan Bomhard needs to hire a new products whizz and give them resources to find growth. He could use his honeymoon period to cut the dividend.

Packs of Gauloises cigarettes are on display in a tobacco shop in Vienna, Austria, May 12, 2017.

Tobacco company Imperial Brands on Feb. 5 warned its first-half adjusted earnings per share was expected to be down around 10% at constant currency, due to inventory write-downs primarily relating to a ban on certain flavours of vapes.

The maker of Winston cigarettes said the ban by the U.S. Food and Drug Administration, which comes into effect this week, has led to a write-down of flavoured inventory and had resulted in a 45 million pound ($58.55 million) impact on its first-half adjusted operating profit.

The FTSE 100 company also said it will undertake a cost savings programme, which would have an impact of 40 million pounds on its full-year adjusted profit.