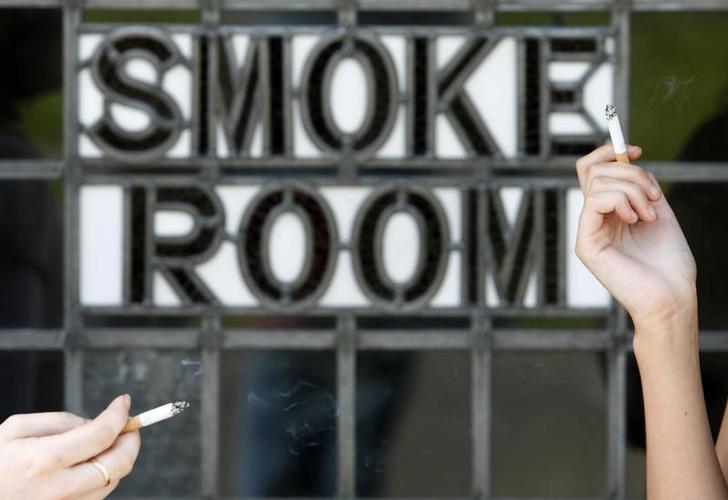 Investors think Imperial Tobacco has much to gain from a possible $56 billion merger of U.S. peers Reynolds American and Lorillard. The combination would require a large disposal programme to assuage antitrust regulators, and these forced sales could present bargains for the UK cigarette maker. The snag is that Imperial is short of cash – and the assets available may not be that attractive.

A Reynolds-Lorillard tie-up would command 42 percent of the U.S. tobacco market, creating a near duopoly with Altria, according to Credit Suisse research. Imperial, worth 26 billion pounds ($45 billion) could spend around $7 billion mopping up unwanted units, says a person familiar with the situation.

The strategic logic would be to gain scale in America, where Imperial’s market share is just 3.5 percent. Buying four second-tier Reynolds brands – Winston, Doral, Kool and Salem – would take its share to over 10 percent, says Nomura research.

Tobacco is a shrinking industry in the developed world so economies of scale matter. The difficulty for Imperial is that Reynolds and Lorillard are probably going to surrender only their lowest-growth brands – those preferred by older customers who are cutting down or quitting the habit.

Now consider affordability. Imperial’s balance sheet is stretched, even allowing for 471 million euros ($645 million) of proceeds from the recent flotation of its Spanish subsidiary. Net debt to EBITDA is forecast to be 2.8 times at the end of this fiscal year, based on Thomson Reuters Eikon data. A cash deal for Reynolds’ four secondary brands could push Imperial’s credit rating close to junk. The dividend, which provides a prospective 5.2 percent yield, is a constraint on deleveraging.

The market pushed Imperial’s shares up 3 percent after the group confirmed talks with the U.S. merger partners on July 11. Imperial may be able to take leverage a little higher and do earnings-enhancing acquisitions thanks to cheap debt finance. But the longer-term benefits are less obvious, and a deal may ultimately force Imperial to raise fresh equity further out.

Imperial Tobacco said it was in discussions with U.S. peers Reynolds American and Lorillard about the possible acquisition of certain assets and brands owned by the pair. Separately, Reynolds and Lorillard have said they are in merger talks.

Shares in the UK tobacco company were up 3.4 percent at 2,750 pence in lunchtime trading in London.

“Imperial would proceed with an acquisition only if its terms met strict transaction criteria,” the group said. “There can be no certainty as to the terms upon which any acquisition or related debt financing may be agreed or whether any transaction will take place,” it added.