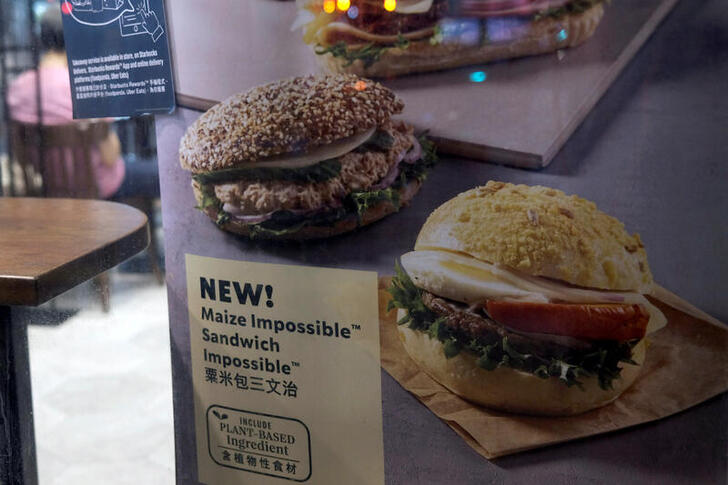 Impossible Foods and Beyond Meat already vie for space on consumers’ dinner plates, and soon the alt-meat producers may go head to head in investors’ stock portfolios too. Impossible is considering going public in the next year at a $10 billion valuation, Reuters reported last week. Beyond’s two years as a public company have already exposed its supply risks and sales swings. Impossible’s brand and ingredients could make it a stronger pick.

There’s plenty of appetite for environmentally friendly, fast-growing companies. Beyond Meat’s share price has multiplied fivefold since its debut in May 2019, and it’s now an $8 billion company. Even after slowing last year, revenue still grew 37%. But its supply chain is a risk. Beyond’s main ingredient is pea protein, and sources of that are limited. Impossible uses the more common soybean, which was planted in almost 88 million acres in the United States this year, compared with 893,000 acres for dry peas, according to the Department of Agriculture. That’s less risk and the possibility of lower costs.

Another factor in the alt-burger bake-off is branding. Impossible supplies patties for the Impossible Whopper at Burger King and has a branded breakfast sandwich at Starbucks. Beyond Meat’s restaurant deals are spottier. Its marque shows up on menus at KFC and Pizza Hut, but not McDonald’s, where it powers the McPlant. Brand awareness equals pricing power, and consumer recognition counts. Retail helped keep revenue afloat at Beyond Meat in 2020 when restaurant sales fell.

Being second gives Chief Executive Pat Brown options Beyond Meat boss Ethan Brown didn’t have. Impossible could go the traditional route through an initial public offering, or sell to a special purpose acquisition company, which can bring in larger amounts of capital than an IPO. He could even skip going public. Selling to a conglomerate like Unilever may look like a cop-out, but would also provide greater distribution clout, privacy over matters like executive pay and more protection from activists.

Assuming Impossible goes ahead with a listing, it could have an edge over its rival. Beyond’s enterprise value is over 12 times sales for the next 12 months, four times more than traditional food makers Kraft Heinz and General Mills, according to Refinitiv. With a sizzling market and less risky recipe, Impossible could take Beyond’s appeal to investors and supersize it.

Impossible Foods may go public at a $10 billion valuation, Reuters reported on April 8, citing people familiar with the matter.

The maker of plant-based burgers and sausages could go public via an initial public offering or a deal with a special purpose acquisition company in the next year.

A poster showing a product from plant-based burger maker Impossible Foods is seen at a Starbucks in Hong Kong, China, September 9, 2020.

Impossible Foods may go public at a $10 billion valuation, Reuters reported on April 8, citing people familiar with the matter.

The maker of plant-based burgers and sausages could go public via an initial public offering or a deal with a special purpose acquisition company in the next year.