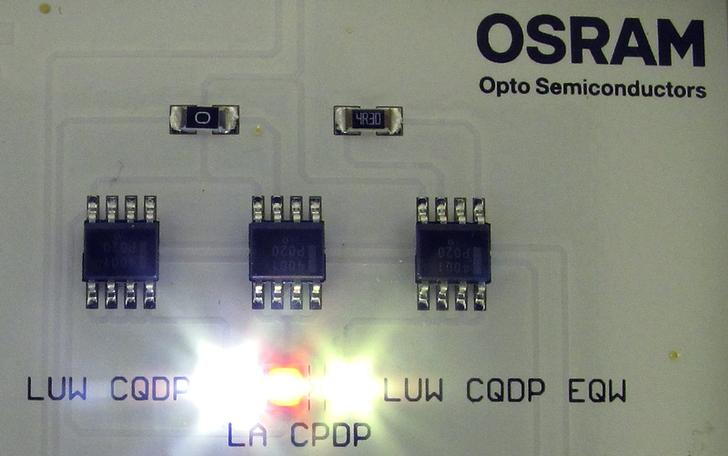 Osram is switching itself on to independence. Siemens, which has held this global lighting company as a subsidiary to date, will relinquish control of 80.5 percent of the company. The demerger will occur via a distribution of shares to owners of the former parent.

The deal looks beneficial for both sides. Siemens gets rid of a cyclical and capital-intensive business. Osram, debt-free, focused and freed of the conglomerate’s bureaucracy, should find it easier to adjust to a rapidly changing market.

To illustrate the market shift, step inside the new Mercedes S class. It is the world’s first car without a single lightbulb: it is stuffed with 500 light-emitting diodes (LEDs) instead. McKinsey expects the LEDs to steal 66 percent of the market by 2020, up from 15 percent in 2011.

As the LEDs take hold, however, and industry capacity comes on stream, prices are falling. Analysts at Berenberg say they are dropping by between 10 percent and 15 percent a year. The ramifications have left large holes in Osram’s finances. It still makes three-quarters of its sales with conventional, non-LED technology but operating profit margins of about 10 percent, common in the last decade, are history. Indeed, in 2012, the company lost 378 million euros on sales of 5.4 billion euros.

Osram is turning, though. It is reducing headcount by 20 percent and is closing or selling 11 of its 43 plants. This, it is hoped, will cut costs by half a billion euros. Beyond 2014, management eyes operating profit margins of 8 percent, driven by Osram’s strong market position in LED technology.

Siemens values Osram at 3.2 billion euros, about 4 percent of its own market capitalisation. Berenberg reckons it might be worth a bit more, and says that a share price of 38.2 euros would be justified. This implies a forward EV to EBIT multiple of 9.5, a modest discount to listed peers.

As well as convincing investors that Osram has the ability to respond to a changing market, the company has an additional challenge. Many of Siemens’ institutional investors are focused on blue chips and have little interest in a mid-cap stock that does not pay a dividend this year. Osram might well shine in new-found independence. But it may take time to find its brighter future.

Siemens, the German industrial conglomerate, is spining off Osram Licht AG, its lighting subsidiary. Siemens’ investors will receive one new Osram share for every ten Siemens shares held. Trading in the new shares will begin on July 8.

Siemens and its pension fund are retaining 19.5 percent in Osram. The lighting company, valued at 3.2 billion euros by Siemens, earned revenue of 5.4 billion euros in 2012, a 7.3 percent increase compared to 2011. Earnings before interest, taxes, depreciation and amortisation fell by 41 percent to 395 million euros, resulting in a net loss of 378 million euros.

In 2012, Osram kicked off a restructuring programme aimed at achieving cost reductions of about 500 million euros within three years. The company wants to close or sell 11 of its 43 plants and reduce its workforce by 8,000 employees to 34,000.