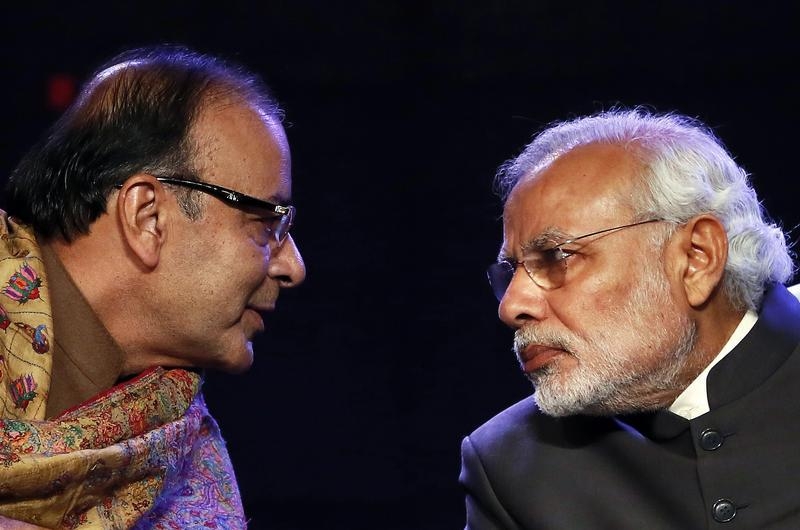 India is holding out an olive branch to jittery global investors. Scrapping a flawed plan to tax foreign fund managers’ past profit marks a welcome truce in the battle over retrospective fiscal demands. But to keep its promise to end “tax terrorism,” the government also has to end disputes with Vodafone and Cairn Energy.

After five months of hand-wringing, Finance Minister Arun Jaitley has agreed to dump an ill-conceived plan to slap a retrospective 20 percent levy on overseas asset managers. It’s probably no coincidence that Jaitley announced the decision to drop the claims, and to close the legal loophole that enabled them, after the Indian stock market fell to its lowest in a year.

It’s a difficult trade-off. An estimated $6 billion revenue windfall would have come in handy as the government pumps up public expenditure to boost growth. However, by collecting a tax that investors rightly saw as unfair, India could have frightened foreign capital that is already fleeing emerging markets, undermining the financing of its current account deficit.

But to be truly welcoming to foreign investors, Jaitley needs to be bolder. The ugly practice of changing the tax code retrospectively started when India’s previous government decided to collect $2.5 billion from telecom operator Vodafone even though Indian courts had ruled the demand was illegal. India has since invoked the same rule in an effort to extract $1.6 billion from Cairn for capital gains that arose from an internal reorganisation prior to the listing of the oil explorer’s Indian unit in 2007.

With those two high-profile cases now in international arbitration, India’s tax regime still looks decidedly adversarial. It’s also unpredictable. The aborted tax was a claim on earnings fund managers may have distributed to investors long ago.

Now that the government is retracting this absurd demand, it’s time for Jaitley to honour Prime Minister Narendra Modi’s campaign pledge to end fiscal tyranny. Declaring a ceasefire is a good start, but it’s no substitute for a permanent peace accord.

India said on Sept. 1 that it will stop asking foreign institutional investors to pay a Minimum Alternative Tax (MAT).

Finance Minister Arun Jaitley said the government will amend the tax law and close the loophole which allows it to demand payments on past earnings from buying and selling stocks and bonds.

In April, Jaitley had said that the government would press ahead with 400 billion rupees ($6 billion) in past tax claims against foreign institutional investors, even though he had decided not to impose the tax on future earnings.

When investors protested against retrospective taxation, the government set up a committee to examine the dispute. The panel asked the government drop its demand.

India introduced MAT in the late 1990s to ensure that domestic businesses paid a minimum level of tax. The MAT rate, including surcharges, is around 20 percent of a company’s net profit. In 2012, the government changed the law to allow it to demand tax on past transactions.

Using the retrospective rule, India has asked Cairn Energy to pay $1.6 billion in tax plus interest and penalties on capital gains that arose from an internal reorganization prior to listing its India unit in 2007.

Cairn said in March that it had filed a formal complaint under a bilateral investment treaty between India and Britain that leads to international arbitration. Telecom operator Vodafone took a similar step last year.