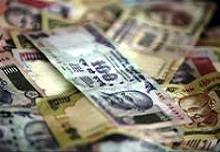 Pranab Mukherjee’s reign as Indian finance minister was stained by economic meddling and political favouritism. Now he is gone, and some of his excesses are being reversed. An enemy has been pardoned and a friend has not received a plum job. This could be the beginning of a better era.

Imagine if Tim Geithner had been accused of putting pressure on the securities regulator to protect some political friends. The U.S. Treasury Secretary would be in serious hot water. But when the former number two at the Securities and Exchange Board of India (SEBI) accused Mukherjee of something similar – putting pressure on the SEBI chairman to “manage” some high-profile corporate cases – there was little attention.

Rather, in a move that was all too typical of the Mukherjee regime, the finance ministry countered with allegations against the whistle-blower, K.M. Abraham. But the post-Mukherjee government is different. Prime Minister Manmohan Singh has cleared Abraham.

In another development, the board of UTI, Asia’s oldest asset management company, is set to appoint a new chief executive. The position has been vacant for the past year and a half as the finance minister put pressure on the company, 26 percent owned by U.S. fund manager T. Rowe Price, to appoint the brother of one of Mukherjee’s most powerful advisors. The former political favourite, Jitesh Khosla, hasn’t made the new shortlist.

India’s new finance minister, P. Chidambaram, is also shaking up his own team. On Sunday he announced that the top officials in the revenue and expenditure departments would swap jobs. That seems to be a signal of a shift in the tax department’s priorities. It might pave the way for a reversal of Mukherjee’s damaging retrospective tax grabs.

Economists have been cutting their forecasts of India’s 2013 GDP growth to well below 6 percent. Part of the slowdown can be traced back to industrialists’ and investors’ mistrust of the finance ministry. With Mukherjee gone, some serious work can now get done. The initial cleaning of the political mess is relatively easy. The removal of the economic mire will take longer and be much harder.

Prime Minister Manmohan Singh has rejected charges levelled by the Finance Ministry against former number two at the Securities and Exchange Board of India, K.M. Abraham, who had, in a June 1, 2011 letter to the PM, alleged that the then finance minister Pranab Mukherjee and his advisor Omita Paul had put pressure on SEBI chairman U.K. Sinha to “manage” some high-profile corporate cases, and in the process, undermined the regulator’s integrity, India’s financial express reported on Aug. 8.
The board of UTI, Asia’s oldest asset management company, has recommended the names of three candidates for the position of chairman and managing director, according to a report in the Times of India on Aug. 8.
India’s current Finance Minister, P. Chidambaram, announced a swapping of portfolios between the top officials in the revenue and expenditure departments; signalling a shift in the tax department’s priorities, the Times of India reported on Aug. 6.