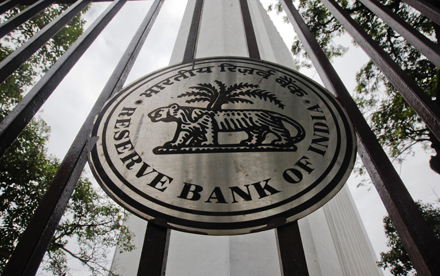 The Reserve Bank of India has trouble guiding the economy because so little of the population is connected to the financial system. That may sound like a central banker’s nightmare, but it gives the RBI freedom to act where it can be most helpful.

Only 57 percent of Indians have a bank account and less than 2 percent have a credit card, according to the RBI. When it comes to inflation, policy interest rates matter less than growth in the rural economy, which is currently being fuelled by government handouts and subsidies. Average incomes in rural India have risen 12 percent in the last year, according to Kotak Mahindra Bank.

The government’s rural spending has been swollen by the unhealthily high fiscal deficit, 5.9 percent of GDP in the year that ended in March. The borrowing is known to be a worry to the RBI, but two years of high policy rates have not restrained the government. Expensive credit, though, has probably slowed fixed capital formation, which contracted by 4 percent in the September quarter and 1.2 percent in the December quarter.

The result is that India’s GDP grew at a 6.1 percent annual rate in the December quarter, the slowest pace in nearly three years. Inflation remains at 7 percent and the trade deficit more than 9 percent of GDP.

With New Delhi in a policy meltdown, India’s best hope is that the RBI comes to the rescue. A period of boldly lower rates could encourage businesses to invest more aggressively. Confidence in the business sector might spill over into financial markets, decreasing the risk that the government runs out of money.

The weaker growth has led to a change in direction at the RBI. It is expected to cut rates for the first time in three years on April 17, according to a Reuters poll this week. But the effect of the expected 25 basis point cut in the policy repo rate to 8.25 percent can only be symbolic. To really shake up the economy, the RBI should be much bolder. It can afford to be.

The Reserve Bank of India logo is pictured outside its head office in Mumbai.

India’s industrial output rose by a slower-than-expected 4.1 percent in February from a year earlier, government data showed on April 12. Analysts on average had expected the rate of increase to ease slightly from January’s provisional figure of 6.8 percent to 6.6 percent, a Reuters poll showed.
The Reserve Bank of India is expected to cut interest rates for the first time in three years on April 17. In a Reuters poll this week, 17 of 20 analysts forecast a 25 basis point cut in the policy repo rate next week, which would bring it to 8.25 percent.