The not so good-times 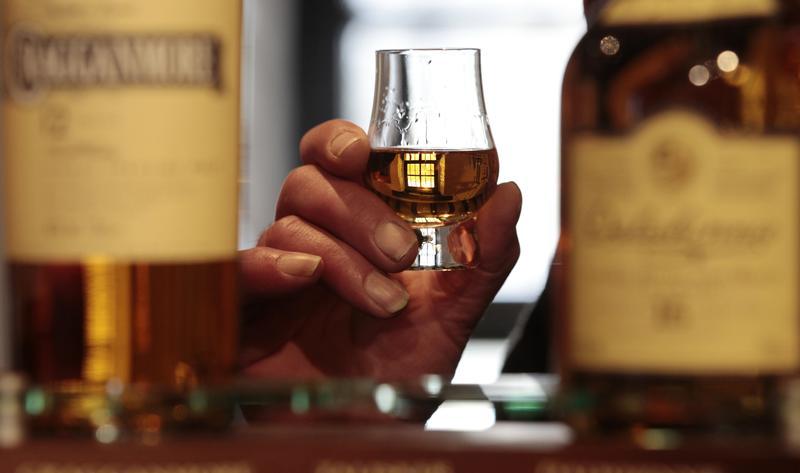 The UK drinks group is fighting to hang on to some of the United Spirits shares it bought from Indian tycoon Vijay Mallya. Defeat in court could see Diageo’s stake fall below 20 pct. Though it still has options to reach a majority, its Indian adventure is getting riskier.

A man holds a glass of whisky in the visitors centre of the Diageo-owned Dalwhinnie Distillery in Dalwhinnie in the Scottish Highlands May 16, 2011.

Diageo is appealing the decision by an Indian court on Dec. 20 to annul the purchase of some of the UK drinks group’s shares in United Spirits from United Breweries Holdings.

The ruling by the High Court of the southern state of Karnataka concerned 6.98 percent of shares in United Spirits. The court was responding to a petition by creditors of Kingfisher Airlines, which has been grounded since October 2012 and is unable to repay loans. United Breweries Holdings was a guarantor to some of the airline’s debt.

Diageo owns 26.37 percent of United Spirits, including the 6.98 percent of shares that are being contested. It has paid a total of $1.05 billion for its shareholding through various transactions, equivalent to 1,688 rupees a share. United Spirits shares closed at 2,704 rupees on Jan. 20.

The UK group has four representatives on the board of United Spirits. Vijay Mallya remains the company’s chairman.

In November 2012, Diageo announced a multi-stage deal to purchase up to 53.4 percent of United Spirits for $2.09 billion but failed to gain a majority following an unsuccessful tender offer.

United Breweries Holdings and related entities have agreed to vote their 10.86 percent shareholding in United Spirits in Diageo’s direction for four years as long as Diageo does not own a majority of the company.

A Diageo spokeswoman said: “The outcome of the court decision does not call into question the validity of the shareholder agreement.”

(This story has been updated with Diageo’s statement in paragraph 4 and Context News, clarifies court ruling in paragraph 2.)