Banking on the poor 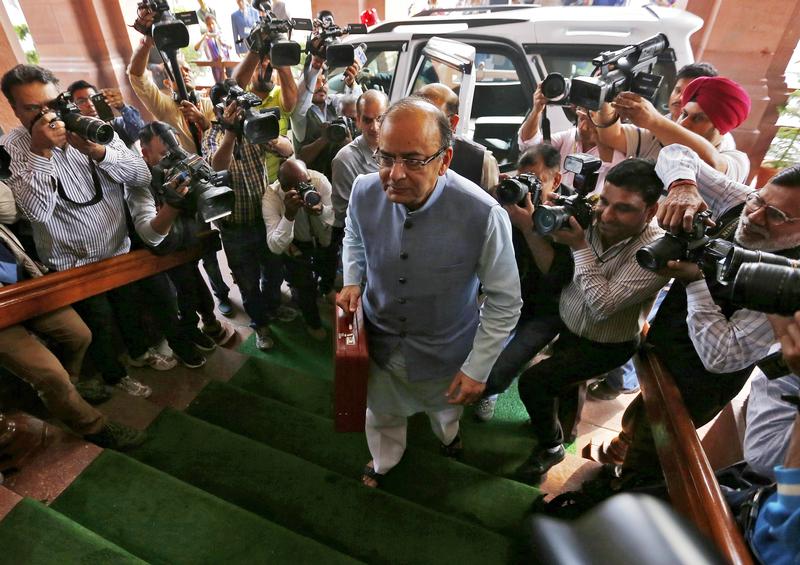 Finance Minister Arun Jaitley is relaxing a bit on deficit reduction, while taxing the rich more to fund big outlays for the rural poor. There are few benefits for corporate India. But the budget will help to limit the political fallout from India’s big currency experiment.

India's Finance Minister Arun Jaitley set a new fiscal deficit target of 3.2 percent of GDP for the year to March 2018 as he presented the country's annual budget on Feb. 1.

That is higher than a previous target of 3 percent, which Jaitley committed to meet the following year.

On Jan. 31, the finance ministry forecast 6.5 percent GDP growth in the current fiscal year to end-March. That reflects a reduction of up to 50 basis points on previous estimates made before November, when India withdrew almost 90 percent of banknotes by value in the country.

India's economy will grow at between 6.75 percent and 7.5 percent in the year to March 2018, the finance ministry added.