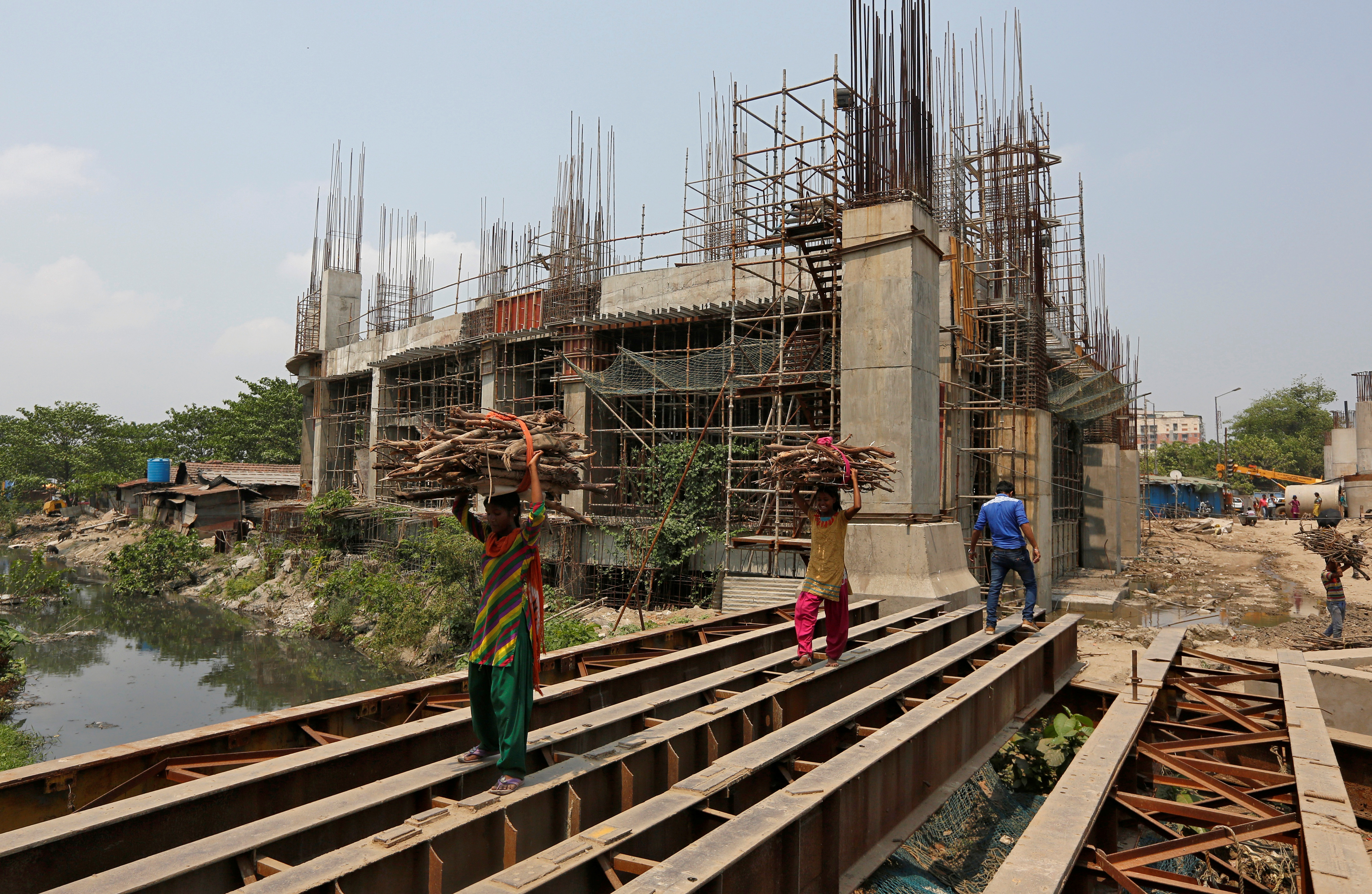 A 5% reported GDP growth rate will fuel fear of a return to the dreaded “Hindu rate of growth”. In a frantic attempt to boost confidence, New Delhi unveiled mergers of 10 state banks. India needs a radical financial overhaul to fix its home-grown economic woes. This isn’t it.

Women carry firewood on iron beams laid over a canal next to the construction site of a metro rail station in Kolkata, India, March 29, 2019.

India's reported gross domestic product increased at an annual rate of 5% in the three months ending in June, compared to a 5.8% increase in the previous three months, according to data released on Aug. 30. The increase, the lowest in more than six years, was well below the 5.7% median expectations in a Reuters poll of economists. About 40% of nearly 65 economists polled expected an expansion of 5.6% or lower.

On the same day, the Indian government announced it would push for four separate mergers of public sector banks, comprising 10 banks in total. After the mergers, there would be 12 state-owned lenders, down from 27 in 2017. The biggest of the mergers will combine Punjab National Bank, Oriental Bank of Commerce, and United Bank of India. This would create the second largest lender, after the State Bank of India.