A berth for growth 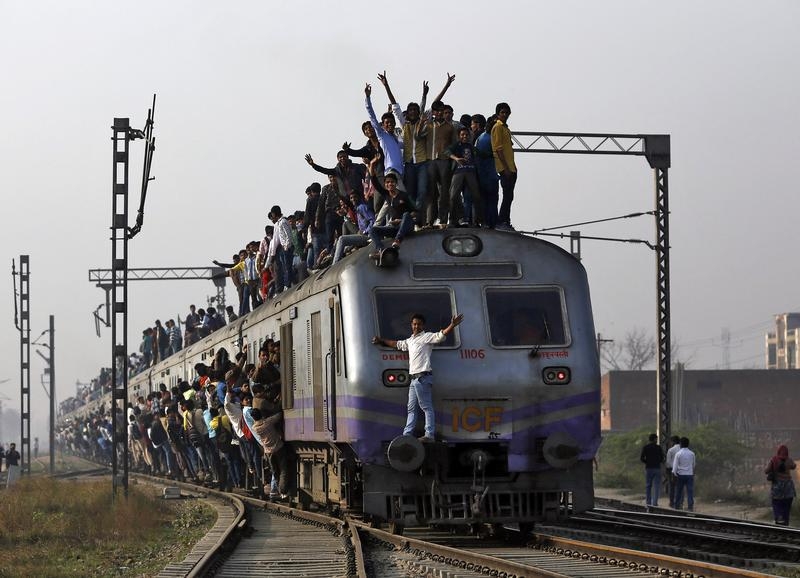 India is taking a train ride back to the future. The country’s British rulers reaped massive productivity gains by building out the railways 150 years ago. Modernizing the dilapidated network could produce even better returns for Prime Minister Narendra Modi.

The government will spend $137 billion over five years expanding and sprucing up the ramshackle state-owned system, Railway Minister Suresh Prabhu said in his annual budget speech on Feb. 26. To see how ambitious the plan is, just look at the financing needs for the first year alone. Only about 60 percent of the $16 billion that Prabhu wants to invest in the year to March 2016 will come from taxpayers or rail users. Mobilizing the remaining $6.6 billion from investors will require considerable finesse.

However, if Prabhu can raise the money, the case for investing it is strong.

Railways accounted for almost a fifth of India’s per capita income growth between 1874 and 1912, according to a study by researchers at University of California-Irvine and Scripps College. A big chunk of this improvement came from productivity gains that were made possible by more efficient transportation.

A century later, the broader economy could do with another big leg-up from speedier transport. Journey times have shrunk in China with the arrival of high-speed trains. By comparison, India’s raw materials, finished goods – and people – move three times as slowly between labour-surplus hinterlands and port cities.

Lack of financing is not the only reason for systematic underinvestment in railways over the past several decades. A bigger culprit is politics. The pricing of rail services in India is completely lopsided. Successive governments have kept passenger fares artificially low and bumped up freight charges. They have also launched commercially unviable services, while doing very little to boost capacity on busy routes.

Any discussion about privatising the existing network remains off the table. The Modi government might at best lease out supporting infrastructure – like railway stations – to private concessionaires. But the $137 billion investment boost that the administration is planning requires a big jump in the railways’ efficiency. That might be just formidable a challenge as lining up investors.

India will increase its investment in the railways by half to 1 trillion rupees ($16.15 billion) in the financial year that starts in April, and will plough a total of $137 billion in the state-owned network over five years, Railway Minister Suresh Prabhu said in parliament on Feb. 26 while presenting the department’s annual budget.

Passengers travel on an overcrowded train on the outskirts of New Delhi February 26, 2015. India will increase investment in its overloaded railway network to 8.5 trillion rupees ($137 billion) over the next five years, the government said on Thursday, promising to modernise existing tracks and introduce faster trains. REUTERS/Ahmad Masood

India will increase its investment in the railways by half to 1 trillion rupees ($16.15 billion) in the financial year that starts in April, and will plough a total of $137 billion in the state-owned network over five years, Railway Minister Suresh Prabhu said in parliament on Feb. 26 while presenting the department’s annual budget.